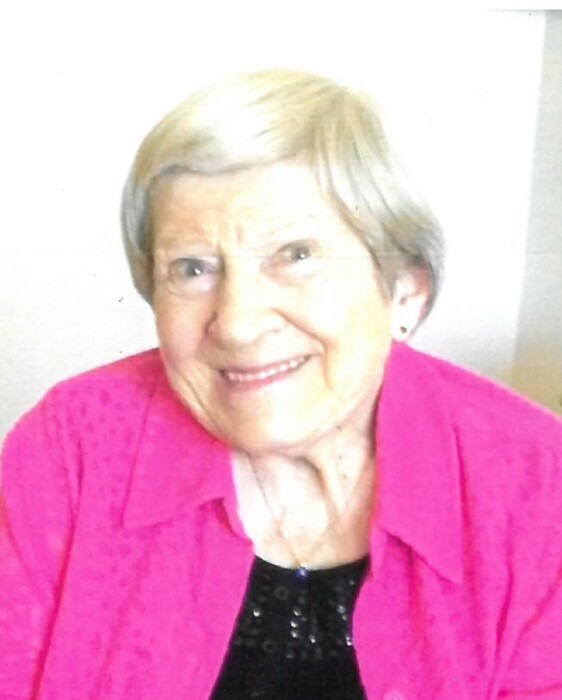 Bonnie was born to Emil and Anna (Dittmeyer) Hensel on July 6, 1924 in the Town of Meeme. She graduated from Sheboygan Central High School in 1943. After graduation, Bonnie lived with a close friend in Chicago suburb and attended classes at Northwestern University. She was proud to have worked at The Palmer House in the heart of downtown Chicago.

On April 24, 1946, Bonnie was united in marriage to Bernard Grall in Manitowoc. They lived in Manitowoc and Appleton but made their home to raise a family in Sheboygan. After Bernard passed away in 1982, she went to work for her son, Terry at his business, Consumer Care Products for 15 years.

Bonnie was a faithful member of St. John’s UCC in Sheboygan for most of her life. When she moved to Oostburg, she went to worship with her daughter, Cheryl, at the First Evangelical Presbyterian Church in Cedar Grove.

Bonnie was a huge baseball fan. She followed minor league teams which her son, Greg, played and coached, to major league teams, especially the Milwaukee Brewers. She knew and kept up to date with the players’ names and positions and especially loved to listen to Bob Uecker on the radio.

Bonnie had an incredible gift of making instant friends with everyone she met. Her sincere caring for others and positive attitude was truly contagious. Bonnie was a wonderful wife, mother, and friend to many. She loved life.

She was preceded in death by her husband, Bernard; parents; brother, Lloyd Hensel; and former son-in-law, Holle Ramaker

A memorial service to celebrate Bonnie’s life will be held at Wenig Funeral Home in Oostburg on Saturday, August 27, 2022, at 1:30pm. Burial next to her husband will take place at Wildwood Cemetery at a later date.

Relatives and friends may greet the family at the funeral home from 11:00 until the time of service at 1:30pm.

In lieu of flowers, please consider a gift to the Order of St. Camillus Foundation (10200 W. Bluemound Road, Wauwatosa, WI 53226) in Bonnie’s name.

Family would like to extend a special thank you to all caregivers at St. Camillus for their compassionate care for the past 6 years.

Wenig Funeral Home in Oostburg (920-564-2771) is assisting the family. Please visit www.wenigfh.com for more information and to leave online condolences.

To order memorial trees or send flowers to the family in memory of Mary Ann Grall, please visit our flower store.