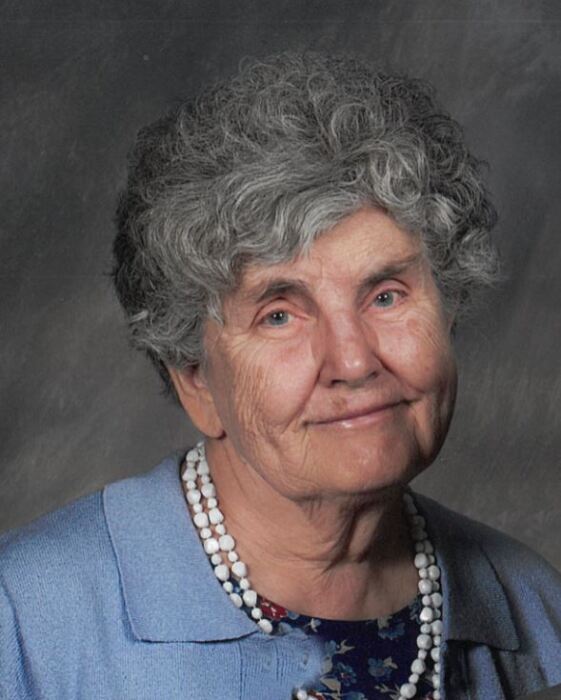 Audrey P. Clyde, 89, formerly of Elkhart and Syracuse, IN, passed away on April 16, 2021, in Sheboygan Falls, WI, at Pine Haven Christian Communities- Giddings Avenue, where she and her husband, Robert (Bob), resided for the past 14 months.

Audrey was born in Kitchener, Ontario, Canada on July 6, 1931 to Edwin R. and Edith M. (Lageer) Good. She was raised in Stouffville, Ontario where she graduated from high school at the age of 16 and worked for a year before continuing her studies at Bethel College (now University) in Mishawaka, Indiana. She graduated in 1953 with her Bachelor of Arts in Biblical Literature, after which she served as a secretary at Gospel Center United Missionary Church, South Bend, Indiana.  There she met her husband, Robert S. Clyde, where they were united in marriage on June 19, 1954.

During her husband’s many years in Christian ministry, Audrey served alongside him as a church pianist, organist, Sunday School teacher, and choir member.  She was highly gifted in sewing, cooking, handcrafts, gardening, and enjoyed serving people, especially her family.  She was a much-sought-after seamstress for many years, and was well known for her deep love of God’s creation and His many four-legged creatures.  Most recently she was a member of Nappanee Missionary Church, Nappanee, Indiana.

Audrey is preceded in death by her parents, Edwin and Edith Good, and siblings Evelyn, Ruby, Helen, Edward, Harold, and Garth, and one grandchild, Matthew Christian Oberholtzer.

Memorial donations can be made in Audrey's name to Pine Haven Christian Communities.

To order memorial trees or send flowers to the family in memory of Audrey Clyde, please visit our flower store.