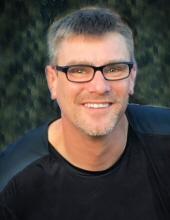 Brandon John Roethel, 37, of Oostburg, passed away unexpectedly on Monday, September 2, 2019, at Aurora Sheboygan Memorial Medical Center.Brandon was born on November 11, 1981, in Sheboygan, WI to Daniel and Gabriele (Ninnemann) Roethel. He graduated from Sheboygan Falls High School in 2000. He received an associate degree in leadership and ministry from Kansas Christian College.On July 6, 2008, Brandon married Janelle Montemayor at St. John's UCC. He was employed at St. John's UCC in Sheboygan as the Director of Faith Formation. He was a faithful member of the church and was active in various organizations at church. Brandon was also a Stephen Ministry Leader and helped teach confirmation classes. He enjoyed helping with fundraising for many other Christian groups as well. He was a devoted father and was very involved with his children's activities; including helping with cub scouts and coaching soccer. Brandon was a large animal lover, enjoyed making people laugh with his wonderful sense of humor, and an avid Volvo buff.Brandon had a huge heart and a desire to help those in need. He was generous with his time and showed compassion to all. He utilized his talents as chef to cook for many over the years; including the needy, sisters at the Dominican Convent and any who entered the various restaurants that he established or managed throughout his life. Brandon treated everyone the same; he believed there was good in everyone and had a special way of bringing out the best in anyone. Brandon is survived by his wife, Janelle Ann Roethel; daughter, Daniele Roethel; son, Anton Roethel; parents, Daniel and Diane Roethel and Gabriele Covey; two brothers, Nathaniel Roethel and Joseph Roethel; sister, Christina DeHart; in-laws, Daniel and Joanne Montemayor; four brothers-in-law, Daniel (Leann) Montemayor, Jesse (Rachael) Montemayor, Anthony (Kirstin) Montemayor and Thomas Montemayor; and many aunts, uncles, cousins and other extended family members.Brandon was preceded in death by all his beloved grandparents, Tom, Inge, Tony, Ginny, Ardon, Sylvia; and stepfather, Tom Covey.A funeral service to celebrate Brandon's life will be held on Saturday, September 7, 2019, at 12:00 pm at St. John's UCC, 1248 Lincoln Ave. Sheboygan, with Rev. Greg Whelton officiating.Relatives and friends may greet the family at Wenig Funeral Homes - Oostburg on Friday, September 6, 2019, from 4:00 pm until 7:00 pm and again on Saturday, at St. John's UCC from 9:00 am until the time of service at 12:00 pm.A memorial fund is being established in his memory.For online condolences and additional information please visit www.wenigfh.com. The Wenig Funeral Home of Oostburg (920-564-2771) is serving the Roethel family with arrangements.

To order memorial trees or send flowers to the family in memory of Brandon Roethel, please visit our flower store.