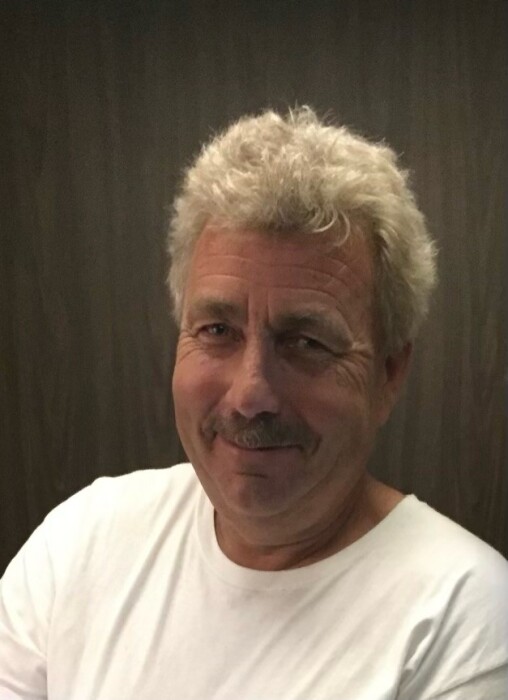 Brock Owen Bizzell, 53, of Sheboygan Falls, passed away on May 16, 2022, at HSHS St. Nicholas Hospital after a long battle with cancer.

In Brock’s early years, he grew up in Southern California. He attended El Descanso Elementary School, Monta Vista Middle School, and Adolpho Camarillo High School. He was a member of Cub Scouts and enjoyed kayaking, bicycling and even unicycling as a child. He developed his love for the outdoors from his uncle.

Brock was a dedicated business owner of Brock’s Drywall and Painting. He was an avid outdoor enthusiast. He enjoyed motorcycles, dirt biking, and roller skating. Many of his fellow motorcyclists have shared that they enjoy riding the same loop Brock taught them years ago. He frequented Road America, Black Hawk Farms, and Putnam track days. He often spent the summer months on the boat with his family, even taking the grandchildren tubing. Brock loved drinking coffee, no matter the time of day. Brock had a soft spot in his heart for all dogs, but especially his Rat Terrier sidekick, Mya. They would even take Moped rides together. Brock always had music playing. He enjoyed listening to Classic Rock and comedy.

Brock had an always willing spirit and a contagious laugh. He was known for his witty remarks and inappropriate humor. He often said,  “Work hard, play hard” and “Stupid hurts.”

Above all, Brock was kind, generous, and the life of the party. He will be dearly missed and we will be forever changed.

He is preceded in death by his father, Owen E. Bizzell, Jr. and a brother-in-law, Steven Vennard, and mother-in-law, Karen Vennard.

The family would like to thank all of the staff at HSHS St. Nicholas hospital and the Cancer Treatment Center for all their wonderful care, compassion, and support they provided to Brock and his loved ones.

To order memorial trees or send flowers to the family in memory of Brock Bizzell, please visit our flower store.