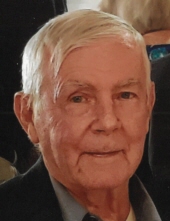 Clarence W. Hilbelink, 84 of Plymouth, went into the arms of his Savior on Friday, February 5, 2021 at his home.Clarence was born on September 16, 1936 in the Town of Holland, son of the late Edward and Wilma Hilbelink. He attended grade school in Gibbsville and attended Oostburg High School. He served in the U.S. Army. On October 10, 1958, he married Marcia Raymond at Hope Reformed Church in Sheboygan. Marcia passed away in March 1997. He married Rosemarie (Bacon) Palmer on February 7, 1998. Clarence co-owned Hilbelink Drywall and later worked at Ongna Wood Products.Clarence was a member of Plymouth Alliance Church and former member of Gibbsville Reformed Church. At both churches, he served as a deacon and enjoyed singing in the choirs. He also served as an elder at Gibbsville Reformed Church.Clarence enjoyed fishing, hunting, gardening, listening to hymns, whistling a tune, and bird watching. Clarence is survived by his wife, Rosemarie; his children, Jeffrey (Lisa), Scott (Sherri), Todd (Kathy), Tammy (Tim); stepdaughters, Heidi (Robert) and Gretchen (Curt); 18 grandchildren and 17 great-grandchildren. He is further survived by two sisters, Marion Rismeyer and Doris (Herbert) Neils; three brothers, Harley (Jeanne), Leslie (Bonnie), and Galen (Laura); several siblings-in-law, nieces, nephews, other relatives, and friends. Clarence was preceded in death by his parents, Edward and Wilma; first wife, Marcia; brothers, Donald (Marlys) and Orville; sisters-in-law, Eleanora and Doris (Vernon); and brother-in-law, Cliff Rismeyer. A funeral service to celebrate Clarence's life will be held at Plymouth Alliance Church on Thursday, February 11, 2021 at 12:00 pm. If unable to attend, all are welcome to join via livestream by visiting www.wenig.live/ClarenceHilbelink . Burial will take place at Sunrise Memorial Gardens.Family and friends may greet the family at Plymouth Alliance Church from 10:00 am until the time of service at 12:00 pm.A memorial fund has been established in Clarence's name.Family would like to extend a special thank you to the staff at Sharon S. Richardson Community Hospice for their compassionate care of Clarence and to St. Nicholas Hospital and St. Nicholas Home, Health and Hospice for their care in the past.For online condolences and additional information please visit www.wenigfuneralhome.com .The staff of the Wenig Funeral Home of Oostburg (920-564-2771) is assisting the Hilbelink family with arrangements.

Please click here to view the video tribute
To order memorial trees or send flowers to the family in memory of Clarence Hilbelink, please visit our flower store.