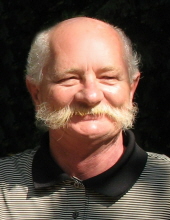 Dieter Claus Weingaertner, 65, of Oostburg, passed away on Wednesday, December 11, 2019.Claus was born on April 13, 1954, in Mainz, Germany to Ludwig and Katarina (Schonfelder) Weingaertner. After his high school graduation, Claus served in NATO Special Forces in Germany for two years.On December 24, 1986, Claus married Lorre Johnson in Reedsburg, WI. He was an active member of St. Paul Lutheran Church in Sheboygan Falls, where he was a part of the planning committee. He was also a member of the Town of Holland Planning Committee.During his career in the food industry, he worked in Research and Development and Quality Assurance for Vicorp, Foxtail Foods, and TwinStar Bakery. Throughout his career, he spent time consulting for businesses all over the country. For several years, Claus also owned and operated the Sandpiper Restaurant in Oostburg.He enjoyed cooking and baking, fishing, motorcycling, and assisting with an annual firework show over July 4th. Claus was a handyman, taking on big and small projects around the house. He especially loved remodeling his home with Lorre. He was known for his willingness to help and serve others. Claus will be remembered for his smile, which was apparent with a twinkle in his blue eyes. His mother-in-law, Avis Johnson, when her children were young often quoted from her Dale Carnegie course, 'I know people in the ranks who are going to stay in the ranks. Why? I'll tell you why. Simply because they haven't the ability to get things done.' Claus did not "stay in the ranks", as he had the ability to get things done.Claus is survived by his wife, Lorre Weingaertner; two sons, Carl Weingaertner and Alex Weingaertner; brother, Ludwig (Bärbel) Weingaertner; sister, Elfriede (Wilfried) Eisenblaetter; two brothers-in-law, Douglas (Elaine) Johnson and Todd (Heather) Johnson; sister-in-law, Carla (Warren) Schmidt; and many other extended family members and friends. Claus was preceded in death by his parents, Ludwig and Katarina Weingaertner; and parents-in-law, Avis Johnson and Paul Newcomb.A memorial service to celebrate Claus's life will be held on Friday, January 17, 2020, at 5:30 pm at St Paul Lutheran Church in Sheboygan Falls with Rev. Tom Gudmundson officiating.Relatives and friends may greet the family at St Paul Lutheran Church in Sheboygan Falls on Friday, January 17, 2020 from 3:30 pm until the time of service at 5:30 pm. A memorial fund is being established in his name.For online condolences and additional information please visit www.wenigfh.com. The Wenig Funeral Home of Sheboygan Falls (920-467-3431) is serving the Weingaertner family with arrangements.

To order memorial trees or send flowers to the family in memory of D. Weingaertner, please visit our flower store.