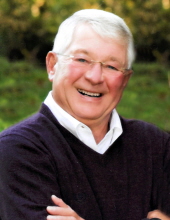 Daniel Russell Arnoldi, 76, of Sheboygan, passed away on Tuesday, February 12, 2019, at his home. Dan was born on November 14, 1942, in Sheboygan, to Henry and Helen (Praeger) Arnoldi. He was a graduate of Sheboygan South High School in the inaugural class of 1961.On September 10, 1966, Daniel married LuAnn Lindow in Sheboygan. Daniel worked at Schultz Sav-O for over 32 years as a proud Teamster semi driver until his retirement in 2004.He was an active member of St. Paul United Church of Christ and a longtime member of Farmer's & Sportsmen's Conservation Club for over 50 years. In addition to these organizations, Dan enjoyed being a part of the informal, unofficial, "Friends of DU." Whether it was taking care of the yard, watching the birds, or spending time with his grand-dog, Gracie, Dan loved to be outdoors. He enjoyed hunting, fishing, camping, trap and sporting clays shooting, boating, and hosting many Packers parties over the years. In his younger years, he enjoyed drag racing with his older brother, Dick. Dan also enjoyed the company of his twin brother, Don, making memories traveling, playing cards, shooting pool, and shooting darts. In all his activities, his greatest joy was spending time in friendship and camaraderie with those around him. He had a great care for people and spending "Sunday funday" with his family. Dan is survived by his loving wife of 52 years, LuAnn Arnoldi of Sheboygan; son, James Arnoldi of Sheboygan; two daughters, Julie (Jay) Englebert of Oostburg, Kari (Matt) Stoffle of Kohler; three grandchildren, Trevor Arnoldi, Jake Daniel Englebert, and Tessa Englebert; twin brother, Donald (Caroline) Arnoldi; two sisters-in-law, Kathy Arnoldi, Kaye Ploeckelman; and two brothers-in-law, Ken (Lola) Lindow, Gary (Laurie) Lindow. He is further survived by nieces, other relatives, and dear friends. Dan was preceded in death by his parents, Henry & Helen Arnoldi; brother, Richard Arnoldi; brother-in-law, Dennis Ploeckelman; and parents-in-law, Howard & Verna Lindow.A funeral service to celebrate Dan's life will be held on Sunday, February 17, 2019, at 5:00 pm at the Wenig Funeral Home in Oostburg with Rev. Jeremy Hylen officiating. Relatives and friends may greet the family at the funeral home on Sunday from 2:00 pm until the time of service at 5:00 pm. A memorial fund is being established in his name for St. Nicholas Hospital Home Health & Hospice & St. Paul United Church of Christ of Sheboygan. The family would like to extend their heartfelt thanks to the staffs of St. Nicholas Hospice, Dr. Matthews Oncology, Coulis Cardiology, and Dr. Barnes of Sheboygan Internal Medicine Associates for their kind and compassionate care. For online condolences and additional information please visit www.wenigfh.com. The Wenig Funeral Home of Sheboygan Falls (920-467-3431) is serving the Arnoldi family with arrangements.

To order memorial trees or send flowers to the family in memory of Dan Arnoldi, please visit our flower store.