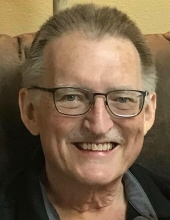 David A. Berth, 63, of Sheboygan Falls, was called home to Heaven on Thursday, November 15th, 2018, after a courageous fight with cancer. Dave was born in Johnsonville, Wisconsin, on September 8th, 1955, to Arthur and Roma (Feldmann) Berth, where he was the youngest of five children.  He enjoyed sharing stories from his childhood on the farm. He attended a one room schoolhouse in Johnsonville and then Riverview Middle School in Plymouth.  Dave was a 1973 graduate of Plymouth High School and was a proud trumpet player in the marching band.  It was in the band that he met his high school sweetheart and future wife, Cindy.  They were married on August 20th, 1977. After a few years of marriage, Dave and Cindy moved to Chilton, where they went on to raise their family of four children. Dave made his mark on the community as owner of the Chilton Dairy Queen and through various community efforts.  He was proud to be the President of the Chamber of Commerce, an honorary member of the fire department, provided many charitable contributions, and was voted as dual Citizen of the Year with Cindy.  Perhaps one of his proudest accomplishments was being a co-founder of the Thanksgiving Day Express, an organization that provides a "warm meal and a kind word" to anyone in need.  Dave extended his community efforts to the Sheboygan Falls community after the purchase of Palo Popcorn and the Parkview Family Restaurant in 2007. Dave was a family and faith-oriented man.  He looked forward to family events when everyone was together. Dave was prideful of his four children and their accomplishments, as well as having a particularly special spot in his heart for his grandchildren. Known for his kindness, generosity, positive outlook on life, and his faith in God and the goodness of mankind, he positively impacted many others he met on his path of life.  He was a selfless man who always recognized everyone's most positive qualities and frequently helped others without hesitation.  As a business man, Dave viewed his employees and customers with the highest regard and considered them members of the family.  Dave had a passion for cooking, jazz music, telling a good story, and reading.  He also enjoyed spending quality time with his friends on the bowling team and with trips up north to Minocqua and fishing trips on the houseboat in Canada.   David is survived by his wife, Cindy; four children, Wendy (Frank) Fiordellisi of North Liberty, IA, Paula (Andrew) Blattner of Hudson, WI, Michael Berth of Chicago, IL and Kelly Berth of Hopkins, MN; two grandchildren, Henry Blattner and Gionni Fiordellisi; two sisters, Diane DenBoer and June (Jim) Chisholm; brother, Daniel Berth; and mother-in-law, Ardce Schuette. He is further survived by nieces, nephews, other relatives and friends. David was preceded in death by his parents, Arthur and Roma Berth; brother, Karl Berth; father - in-law, Henry Schuette; two brothers-in-law, Gerald DenBoer, and Richard Schuette; and two nieces, Wendy Hilbelink and Kimberly Berth. A memorial service to celebrate David's life will be held on Tuesday, November 20th, 2018, at 7pm at Salem Plank Road UCC in Plymouth with Pastor Dale Miller officiating. Relatives and friends may greet the family at Salem Plank Road UCC in Plymouth on Tuesday, November 20th, 2018 from 4pm until the time of service at 7pm.  A private family inurnment will take place at Woodlawn Cemetery in Plymouth. The family would like to express their sincere gratitude for Dr. Kumar, Debbie Gray, and the entire care team at the Sharon S. Richardson Hospice Center for their high quality of care and compassion. In lieu of flowers, memorial funds will be established in Dave's honor at Salem Plank Road UCC in Plymouth and the Thanksgiving Day Express in Chilton. For online condolences and additional information please visit www.wenigfh.com .  The Wenig Funeral Home of Sheboygan Falls (920-467-3431) is serving the Berth family with arrangements.

To order memorial trees or send flowers to the family in memory of David Berth, please visit our flower store.