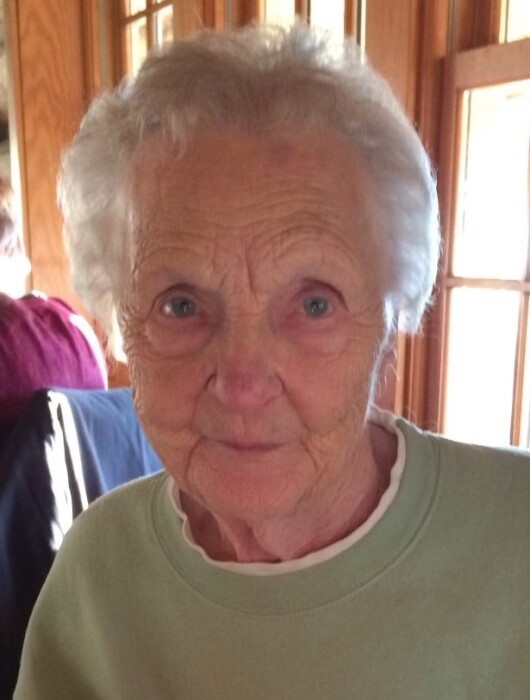 She was born in Calumet City, Illinois on November 21st, 1927, to William and Cecelia Zick, and was a sibling to four sisters (Lavergne, Darlene, Eleanor, Florence) and two brothers (Clarence and William Jr.)

After high school , she worked for Pittsburg Paint and Glass Company and also worked assisting her parents with their ice sales business and selling Christmas trees that came from her parent’s farm in the Upper Peninsula of Michigan.

Although busy with raising six children, once the children got older, she worked for Carson Pirie Scott as a retail sales associate in the children’s department.

Spending most of her life residing in Calumet City and then South Holland, Illinois, she remained a true “Cubbies” baseball fan even if that meant having to listen to the games on the radio once she and Joe moved to Wisconsin in 1997.

She created many fond memories of spending time with her family and she especially enjoyed sharing memories of time spent on her parent’s farm in the Upper Peninsula, Michigan and her time spent at the school in Ohio, where she continued to grow in her Christian Faith. She enjoyed music, singing, dancing, and gaming. Surrounded by all her children, grandchildren and great-grandchildren, she was blessed to enjoy many memorable times with family in her final years.

Relatives and friends may greet the family at Wenig Funeral Homes in Sheboygan Falls on Saturday, April 24, 2021 from 12:00-2:00PM. A private family memorial services to celebrate Dolores’ life will follow. All are welcome to view a livestream of the service at wenig.live/DoloresShuton .

To order memorial trees or send flowers to the family in memory of Dolores Shuton, please visit our flower store.