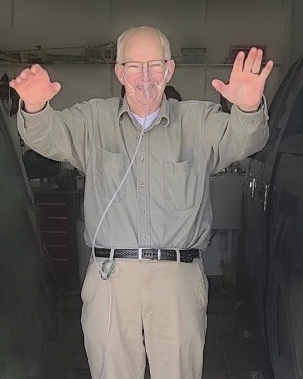 Douglas was born on November 4, 1948, to George and Dorothy (Johnson) Shuit in Suffern, NY.   He graduated from Mahwah Junior Senior High School. He worked as a postman prior to enlisting in the US Coast Guard. He earned his Bachelor of Electrical Engineering and Mathematics from MSOE and later earned his Master of Electrical Engineering from Marquette University. He was an adjunct professor at MSOE and Marquette and worked for multiple companies as an electrical engineer, eventually retiring from Alliant Energy in 2016.

Douglas was a member of Immaculate Conception in Sheboygan. He enjoyed target shooting, amateur radio AB9QP, and spending time with his beloved family and friends.

Douglas is survived by his loving wife, Christine of Hingham; son, Jonathan (Andra) Shuit of Sussex; daughter, Jacqueline of Town of Wilson; three grandsons, Matthew, Andrew, and Brooks; and a sister-in-law, Pam (Randy) Sliga. He is further survived by nieces, nephews, other relatives, and friends.

Douglas was preceded in death by his parents, and a brother, Russell Brockway.

A Memorial Mass will take place at Immaculate Conception Catholic Church in Sheboygan on Tuesday, October 25, 2022, at 1:00 pm with Fr. Paul Fliss presiding. Visitation will take place at church from 11 am until the time of mass at 1 pm.

Memorial contributions can be made in his name to the Sheboygan Amateur Radio Club.

To order memorial trees or send flowers to the family in memory of Douglas Shuit, please visit our flower store.