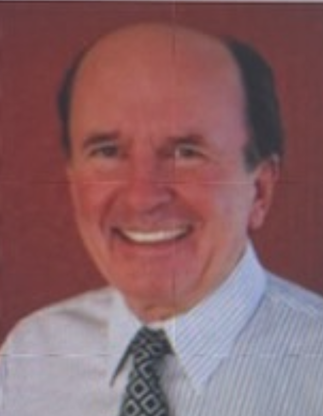 Kent B. Augustson, 74, passed away Thursday, September 1, 2022 at Sheboygan Health Services after a courageous 15 year battle with Parkinson's Disease.

Kent was born March 23, 1948 in Galesburg, IL, the son of Elmer and Geraldine (Binns) Augustson. He graduated from Galesburg High School. He then went on to study at Kansas University where he received a Bachelor’s degree in Comprehensive Biochemistry and Physiology in 1970, a doctor of dentistry degree from Loyola University of Chicago in 1974, and a MS Specialty Certificate in orthodontics from Loyola in 1976.

Kent served the Sheboygan area as an orthodontist (Kent B. Augustson Orthodontics S.C.) from 1976 until his retirement in 2015. He was proud of his work in the orthodontic field, and all smiles he straightened.

On December 28, 1996 he was united in marriage with the love of his life, Linda, at River Wildlife in Kohler, WI. Kent adored Linda, and her presence created a glimmer in his eye to the very end.

Kent was an active member of the Sheboygan County community and an avid fan of the Kansas University Jayhawks (U-RAH-RAH!), Chicago Cubs, and Chicago Bears. He loved golfing, fishing, traveling, rock steady boxing for Parkinson’s, electric trains, and spending time with his family. His family will remember his generosity, sense of humor (even the bad jokes), and his smile.

Kent is survived by the love of his life, Linda, and her children: Josh (Jennifer) Sachse of Sheboygan and Nikki Sachse (Todd Stelter) of Plymouth. Kent is also survived by his two sons Adam (Lauren) Augustson of New Jersey and Dr. David (Dr. Nelí) Augustson of Minnesota. Kent is further survived by his grandchildren: Caleb, William, and Eloise Augustson; Julia, Olivia, Sophia, and Cecilia Sachse; and Emilee and Evan Torres; sister Beth (Harold) Bradshaw of Galesburg, IL; siblings-in-law Larry (Cindy) Last of Sheboygan, Pam (Dan) Duessing of Sheboygan, and Paul (Ann) Graumann of Sheboygan Falls; as well as many other family and friends.

Visitation will be held from 12:30PM-2:30PM on Friday, September 16, 2022 at Wenig Funeral Home, 711 Broadway in Sheboygan Falls. A private family committal will be held at Greenlawn Memorial Park.

In lieu of flowers, a memorial fund is being established in his name.

The family would like to thank Dr. Karen Blindauer for her instrumental care over the years.

To order memorial trees or send flowers to the family in memory of Dr. Kent Augustson, please visit our flower store.