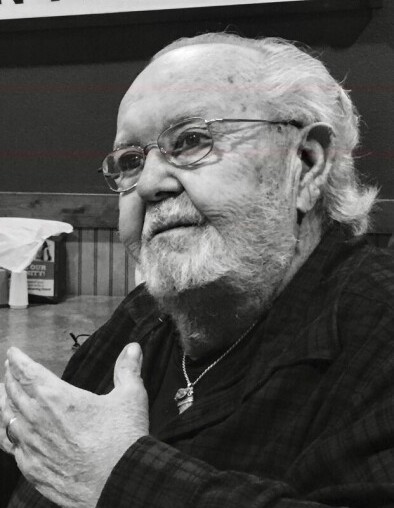 Edward was born October 17, 1938 in Pennsylvania, the son of Edward George Sr. and Thelma Stewart (nee Smith) Saunders. He attended school in New Jersey and joined the United States Army at the age of 16. He served in the Army from 1954-1955, and in the United States Air Force from 1955-1961. In the service, he worked as an MP and proudly recalled his time guarding President Eisenhower’s Air Force One, working with the K9 dog unit, and time spent as a jumper.  He worked in sales, before becoming a truck driver for the United States Postal Service.

On June 23, 1962, Edward was united in marriage with Verna Mariea Guenthoer in New Jersey. The couple made homes in New Jersey, Maryland, Mequon and Florida before settling in Oostburg 15 years ago. This year, the couple celebrated their 59th anniversary.

Edward was a proud Veteran, and enjoyed belonging to a VFW in Florida where he had served as All American Commander.  He was a member of the Mummers String Band, and loved traveling and collecting Native American artifacts.

A Memorial Gathering is being planned.

Wenig Funeral Funeral – Oostburg is honored to be assisting the family with arrangements. Please visit www.wenigfuneralhome.com for more information or to leave online condolences.

To order memorial trees or send flowers to the family in memory of Edward Saunders, please visit our flower store.