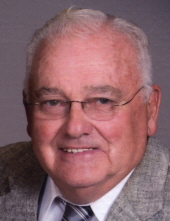 Frederick A. Luedtke, 83, of Oostburg, passed away on Friday, December 18, 2020, in Green Valley, AZ. He was born on May 11, 1937, in Plymouth, WI to the late Walter and Olive (Payne) Luedtke and attended Plymouth High School. On July 31, 1954, he was united in marriage to Patricia TenPas at the Little Brown Church in Nashua, Iowa. Patricia passed away on March 4, 2011. On October 20, 2012, Fred and Marlene Bowe were married at Town and Country Golf Course. Marlene passed away on June 20, 2020. Fred was a state-licensed electrician and founded Luedtke Electric in 1960, specializing in residential construction, remodeling and repairs. He worked tirelessly to build the quality reputation of his business and was widely known for his work ethic. Sixty years later, Luedtke Electric continued to be a great source of pride and joy as it remained in the family. To see him walk, you would never know that Fred had two prosthetic legs. He declined crutches, therapy and pity, never allowing his disability to prevent him from driving, climbing ladders, crawling through attics, operating machinery, or scaling scaffolding. Most recently, he enjoyed parasailing and ziplining in Jamaica. Fred was known as a generous man. He became a father figure and life coach to special people who needed help or guidance. He supported his church and generously gave of his time and talents to perform repairs or improvements. He would discreetly slip cash to a widow to purchase Christmas gifts for her children, and never had vacant rental homes because of the value his renters received. During their formative years, Dad had high expectations for his five children. While verbal expressions of love and praise were rare, his pride and love became known through his comments made to others about them. He was always ready to lend a hand or offer encouragement and advice. Fred was a good teacher in words and by demonstration. He taught his sons the electrical trade and turned the business he'd built over to them when he retired. When Fred's daughter, Tricia, became Miss Wisconsin in 1990, he traveled to many of her state appearances as well as to Miss America in Atlantic City, financing much of the trip in order for the family to attend. As an aviation buff, Fred earned his private pilot license and enjoyed making day trips around the state in his Cessna 172. The flight of his lifetime was a round trip journey from New York to Paris, flying supersonic on the Concorde jet. Fred was the president of his homeowners association in Green Valley for many years where he was well known and respected by his neighbors. He spent much of his time repairing the asphalt, maintaining the pool and landscaping, and helping neighbors with home projects. His "work truck" consisted of a wheelbarrow of all the tools required for just about any need. When he didn't have official projects, Dad enjoyed woodworking, playing cribbage, and taking afternoon siestas. In spite of his own physical limitations, Fred was a long-term, compassionate caregiver for both of his wives as they fought cancer, which enabled them to live at home until they passed. Survivors include his daughters, Ruth Luedtke of Sheboygan, Beth (John) Seiler of Manitowoc, Tricia (Cliff) Morris of Oshkosh; two sons, Daniel (Karen) Luedtke and Todd (Christine) Luedtke, both of Oostburg; nine grandchildren, Rebecca (Shane) Johnston, Nathan (Rebecca) Luedtke, Andrew Gallenberger, Allie Gallenberger, Hannah (Lukas) Meerdink, Chase (Kim) Luedtke, Emily Morris, Brandon (Carla) Woepse and Krystal Woepse; great-grandchildren, Kallan, Calvin, Isaac, Natalie, Lane, Berkley, Gracie, Terron, Kyriana, Nyckolai, and Easton; two sisters, Laura Reis, and Janice Arbuckle; brothers-in-law; Paul Lammers, Roy (Ruth) TenPas, and Burt (Judy) TenPas. He is further survived by Marlene's siblings, children and their families, nieces, nephews, other relatives, and friends. Fred was preceded in death by his parents, Walter and Olive Luedtke; wife, Patricia, his second wife, Marlene; brother, Aaron Luedtke; sister, Barbara Lutzke, and a sister-in-law, Mary Lammers. In lieu of flowers, memorial contributions can be made in Fred's name to Sharon S. Richardson Community Hospice. A funeral service will take place at the First Christian Reformed Church of Oostburg, 216 South 7th Street, on Saturday, January 2, 2021, at 11 am. All are welcome to join via Livestream by visiting www.wenig.live/fredluedtke . Visitation will take place at the Wenig Funeral Home of Oostburg on Friday, January 1, 2021, from 4 until 7 pm and again at church on Saturday from 10 am until the time of service at 11 am. Wearing a face mask and social distancing are required. The family would like to thank Fred's neighbors in Green Valley for their friendship and care. For online condolences and additional information please visit www.wenigfh.com . The Wenig Funeral Home of Oostburg (920-564-2771) is serving Fred's family with arrangements.

To order memorial trees or send flowers to the family in memory of Fred Luedtke, please visit our flower store.