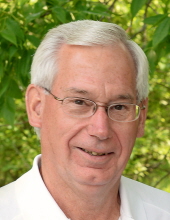 Gary L. DeMaster, 72, of Oostburg passed into the arms of his loving savior Jesus Christ on Monday night, June 4, 2018, surrounded by his wife and children, after a 15 month battle with pancreatic cancer. Gary was born on April 5, 1946 in Sheboygan, the son of Delmar and Dorothy (TenHaken) DeMaster. Gary was a 1964 graduate of Oostburg High School, received his Bachelor of Business degree in finance from UW Oshkosh in 1969, and was a graduate of the Graduate School of Banking. On August 24, 1968, he married Francine Buss in Sheboygan. Gary was president of Oostburg State Bank and Oostburg Bancorp before his retirement in 2012. He continued as Chairman of the Board of Directors until his death.Gary was an active and devoted member of the First Reformed Church in Oostburg where he had served as a deacon, elder, Sunday School and Bible Class teacher, sang in the choir and the BRTs, and served in many other capacities including church treasurer and treasurer of the Classis of Wisconsin. Gary was previously a member of the Oostburg Businessmen's Association as treasurer and was a current member of the Oostburg Chamber of Commerce and Oostburg Kiwanis. He also had served as chairman of the Community Bankers of Wisconsin. Gary was active in serving on committees for the Oostburg schools.Gary is survived by his loving wife of 49 years, Francine; one daughter, Kimberly (Chris) Grosskreutz of Wausau; two sons, Troy (Angie) DeMaster of Cranberry Township , PA and Bryan (Megan) DeMaster of Grafton and was "Papa" to eight grandchildren. He is further survived by his mother, Dorothy DeMaster of Sheboygan Falls; two sisters, Diane (Larry) VanStelle of Gibbsville and Barbara (Don) Huibregtse of Belgium; two sisters-in-law, Eileen (David) Hilbelink and Julie (Patrick) Lamb of Sheboygan; and one brother-in-law, Gary (Nancy) Buss of Sheboygan. He is also survived by aunts, uncles, nieces, nephews and many dear friends.Gary was preceded in death by his father, Delmar DeMaster and his parents-in-law, Earl and Leona Buss.A memorial service to celebrate Gary's life will take place at the First Reformed Church in Oostburg at 2 pm on Monday, June 11, 2018 with the Rev. Brian Taylor officiating. Burial will take place at Oostburg Cemetery in the Town of Holland.Family and friends will gather at the Wenig Funeral Home in Oostburg from 2 pm to 6 pm on Sunday, June 10, 2018 and again at church on Monday, June 11, 2018, from 12:30 pm until the time of the service at 2 pm. A memorial fund is being established in Gary's memory for Oostburg First Reformed Church, Campus Life, and Sharon S. Richardson Community Hospice.Gary was a humble, compassionate, and caring man who freely gave of himself and lived his life by the Biblical mandate found in Mark 12: 30, 31, "Love the Lord your God with all your heart, soul, mind, and strength and love your neighbor as yourself."For online condolences and additional information please visit www.wenigfh.com The staff of the Wenig Funeral Home in Oostburg (920-564-2771) is serving the DeMaster family.

To order memorial trees or send flowers to the family in memory of Gary DeMaster, please visit our flower store.