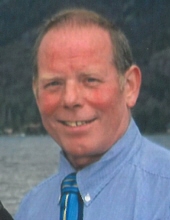 Gene J. Luecke, 61, of Sheboygan Falls died unexpectedly on Friday January 5, 2018 following an apparent heart attack.Gene was born on January 31, 1956 in Sheboygan, the son of the late Earl and Ardelle (Spitzer) Luecke. He was a 1974 graduate of Howards Grove High School. On September 2, 1978 he married Mary B. Russart in Sheboygan. Gene worked at Bemis in Sheboygan Falls for the past 42 years, up until the time of his retirement on December 21, 2017.Gene enjoyed micro-breweries, wineries, traveling, antiques, classical, 60's, and 70's music. Gene enjoyed going to the Iola Car Show and cherished his two grandpuppies, Scrappydoo and Daisydoo. He and his wife belonged to the "card club". Gene was known for his sense of humor, the constant smile on his face, his outgoing personality and generous spirit.Gene is survived by his wife, Mary of Sheboygan Falls; one son, Justin (Jody) Luecke of Appleton; two sisters, Marcia (Rev. John) Fale of St. Louis, MO and Sherry (McCabe) Garcia of Sheboygan Falls; one brother, Lee (Cindy) Luecke of Ada; one sister in-law, Sandra; and three brothers-in-law, Jerome (Vickie) Russart of Sheboygan, Ron (Jeanne) Russart of Sheboygan and Fran (Mary) Russart of Green Bay. Gene is also survived by aunts and uncles, nieces and nephews, and many wonderful friends.Gene was preceded in death by his parents and one brother, Larry Luecke.A memorial service to celebrate Gene's life will take place at the Wenig Funeral Home in Sheboygan Falls on Thursday, January 11, 2018 at 7:30 pm with the Rev. John Fale officiating.Family and friends will gather at the Wenig Funeral Home on Thursday from 4 pm until the time of the service at 7:30 pm.For online condolences and additional information please visit www.wenigfh.com A memorial fund is being established in his name.The staff of the Wenig Funeral Home in Sheboygan Falls (920-467-3431) is serving the Luecke family.

To order memorial trees or send flowers to the family in memory of Gene Luecke, please visit our flower store.