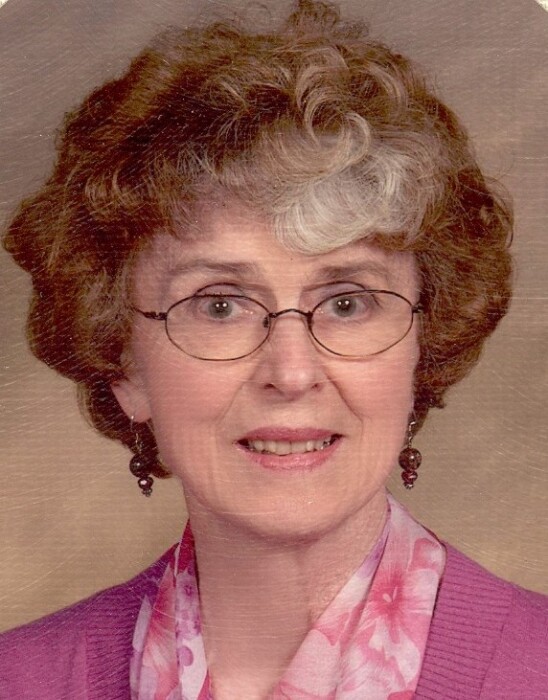 Georgiana M. McGinnis, 88, passed away Wednesday, July 27, 2022, at St. Nicholas Hospital in Sheboygan, surrounded by the love of her family.

Georgie was born October 10, 1933, in Green Bay, the youngest of George B. and Cecelia (Brochtrup) Bruecker. “Babe,” as she was known by her family, was taught by nuns in a two-room public grade school in Askeaton, and graduated from Kaukauna High School in 1951. To this day, many of Georgie’s nieces and nephews only know her as “Aunt Babe.”

While in school, Georgie met the love of her life, William A. McGinnis; the two were united in marriage July 7, 1956, at St. Mary’s Catholic Church in Kaukauna.  In 1968 Bill and Georgie moved their five children to Kohler. There, Georgie raised her children to be strong willed and determined, and enjoyed being involved in their hobbies and activities, including being a Girl Scout Leader and Cub Scout Den Mother.

After shepherding her children through their early years, Georgie started a new career as a product consultant at the Kohler Design Center. She enjoyed interacting with her colleagues and clients and continued there for 17 years until her retirement in 1998.

A faithful and devout Catholic, Georgie was a member of St. John Evangelist Church, where she belonged to St. Anne’s Society. She was a long-time volunteer at Rocky Knoll, served on the funeral committee, and enjoyed her many years as a member of the church choir.

With an eye for design, Georgie loved sewing. Her daughters were enviably clothed in their mother’s original creations. More recently, she could often be found browsing thrift stores for that perfect piece to repurpose and rework. She was perhaps happiest in the kitchen, the focal point of all family gatherings, and loved experimenting and finding just the right recipe. In Georgie’s own words, “I never ate a pickle.” It was only in her later years that she finally surrendered the reins of preparing holiday feasts. When Parkinson’s made it difficult to do the things she loved, Bill stepped in and together, as a team, they made it work. Bill and Georgie’s devotion to each other has been an inspiration to their children.

Her upbeat, “against all odds” spirit carried Georgie through all of life’s challenges. Although living with Parkinson’s for over 30 years, she remained fiercely proud, hysterically funny, strong, honest, and tenacious; her legacy will live on in all who knew and loved her.

She is preceded in death by her son Scott McGinnis, her parents, and her siblings and their spouses: Beatrice and Frank VanLanen, Jerry and Bernice Bruecker, Roger Bruecker and Grace and Nick Ruys.

A Mass of Christian Burial will be held at 11:00 am on Thursday, August 4, 2022, at St. John Evangelist Catholic Church, 600 Green Tree Road in Kohler. Father Jonathon Schmeckel will officiate. A livestream of the funeral Mass can be found on Georgie’s obituary page at www.wenigfh.com.

A Burial service with Father Willie Van de Loo officiating will be held at 4:00 that same day at St. Mary Cemetery, 1202 Buchanan Road, in Kaukauna.

Memorials are appreciated, and will be donated in her name to Parkinson Disease Research.

To order memorial trees or send flowers to the family in memory of Georgiana McGinnis, please visit our flower store.