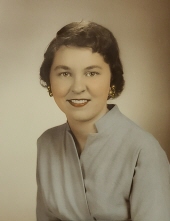 Glenda F. Melzer, 84, of Sheboygan, died on Tuesday afternoon, August 25, 2020 at Columbia-St Mary's Hospital in Mequon with her family at her side.Glenda was born on March 15, 1936 in Centralia, IL, the daughter of the late Dwight and Farrall (Apple) Sanders.  She was a 1954 graduate of Centralia (Illinois) High School. Glenda attended Centralia Jr. College and Roosevelt University in Chicago.  She was a lifelong learner having taken legal classes thru the American Banking Association, IBM and ATT and other organizations. On October 3, 1959 she married John Henry Melzer in Centralia, IL. John preceded her in death following 60 years of marriage on March 17, 2020. Glenda worked as a paralegal and in real estate throughout her adult life.  She also took pride in working several years as executive assistant to the store manager at H. C. Prange downtown Sheboygan then Younkers Department store.Glenda enjoyed her involvement with the antiquing, genealogy, reading her novels, baking, shopping, Indian artifacts and watching the History Channel.  One of her most favorite activities was playing bridge with her friends. Glenda belonged to several community organizations including the Junior Woman's Club (LaGrange, Sheboygan) and the Red Hat Society. She also was named Sheboygan Woman of the Year for her community dedication and involvement.Glenda is survived by her two sons, Daniel Melzer of Sheboygan and Steven Melzer of Delafield; three grandchildren, Danielle  (Christopher) West,  Michael Melzer and Makenna Melzer; one great grandchild, Hadessah West; one brother, Gary Joe (Janet) Sanders of Centralia, IL; nieces and nephews, Erica Sanders, Jessica Van Dyke, Jason Sanders, Macie Sanders and Amy Siegrist, Terri Sadowski, Emily Rheinhardt, Jamie Denklau, Jon Melzer, Brian Melzer and Melissa Melzer.Glenda was preceded in death by her husband, John H. Melzer; one sister, Carolyn (Harvey) Sadowski; and one brother, Jack (Bonnie) Sanders.A private memorial service will be held at the Wenig Funeral Home in Sheboygan Falls on Sunday, August 30, 2020, at 5 pm with the Rev. Dan Babbel officiating. Burial will take place at the Sheboygan Falls Cemetery. You are invited to join the service via live stream by visiting www.facebook.com/groups/glendamelzer .A public visitation will be held at the Wenig Funeral Home in Sheboygan Falls on Sunday from 3-4:45 pm. The family requests that public health guidelines be followed which would include required face masks and proper social distancing.A memorial fund is being established in her memory for the Sheboygan County Historical Museum.The staff of the Wenig Funeral Home in Sheboygan Falls (920-467-3431) is serving the Melzer family.

Please click here to view the video tribute
To order memorial trees or send flowers to the family in memory of Glenda Melzer, please visit our flower store.