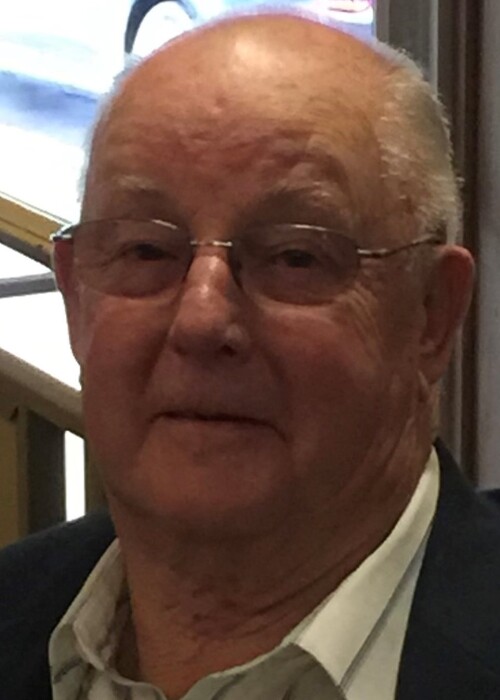 Glenn was born on March 28, 1935 in Cedar Grove, Wisconsin, to Harry and Gladys (Meylink) Meerdink. He graduated from Cedar Grove High School in 1953, then studied for one year at the University of Wisconsin-Sheboygan before serving for two years in the United States Military. He then spent the next 36 years working as part-owner of Cedar Grove Block and Construction.

On May 23, 1956, he was united in marriage to Gail Mulder of Oostburg. They had celebrated their 66th wedding anniversary the day before Glenn’s death.

Glenn was a charter member of Faith Reformed Church in Cedar Grove, Wisconsin, and was a dedicated elder, deacon, and Sunday School teacher. He was also an enthusiastic supporter of the Words of Hope Christian Radio Broadcasting ministry because of his strong desire to spread the message of redemption through the blood of Jesus throughout the world. His work in support of Words of Hope included mission trips to Nicaragua, Kenya, Uganda, Sudan, and Turkey.

A funeral to celebrate Glenn’s life will be held on Tuesday, May 31 at 11 a.m. at Faith Reformed Church in Cedar Grove, Wisconsin. Burial will be in the Cedar Grove Cemetery.

Relatives and friends may greet the family at Faith Reformed Church from 9:30 a.m. until the time of the service.

In lieu of flowers, please consider a donation to Words of Hope in Glenn’s memory. Visit woh.org./donate/ to arrange your contribution.

The staff of the Wenig Funeral Home of Oostburg (920-564-2771) is assisting the Meerdink family with arrangements.

To order memorial trees or send flowers to the family in memory of Glenn Meerdink, please visit our flower store.