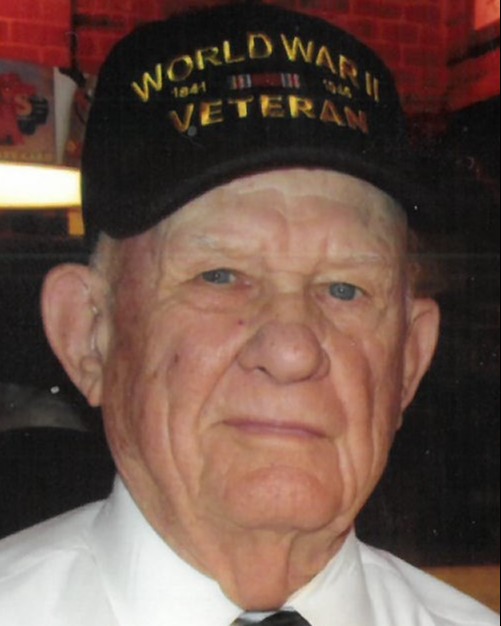 Gordon was born May 19, 1922, in Ontario, WI to Martin and Frances Moen. He was a 1940 graduate of Sparta High School. In August of 1942, he enlisted in the US Air Force. He served his country on active duty in Italy and Africa from 1943-1945. He was very proud of his military service during World War II, and anyone who knew Gordon heard many of his war stories. One of his proudest possessions was his World War II cap, which he wore everywhere he went.

When he returned from the service, he finished his teaching degree from LaCrosse State University. He later received his master’s degree from UW Milwaukee. He taught in Lake Geneva for the next 7 years. In 1955, he took a teaching job in West Bend and taught science there until he retired in 1984. He always spoke fondly of his teaching years in West Bend. At age 98, he reconnected with many former students as a result of a Facebook post for his 98th birthday. From that time on he had many cards, letters, visits and even lunch dates with former students. He mentioned almost daily how much these reconnects changed his life for the better and how much he loved his students.

When Gordon retired, he and Eleanor moved to Boulder Junction, WI, where they had many happy retirement years.

Gordon was an avid muskie fisherman. When they moved to Cedar Grove in 1999, he joined the Between the Lakes Chapter 20 of Muskies Inc. He met many wonderful friends and enjoyed many muskie fishing excursions. Two special friends from that group are Mike Scholler and Ted Scharl. He was very thankful for their friendship. Other special friends were the employees at National Exchange Bank and Trust in Cedar Grove. He cherished their love and support.

Gordon was a member of Trinity Lutheran Church in West Bend, Boulder Junction Community Church and recently, First Reformed Church in Cedar Grove. He was a member of the VFW and the American Legion. He took the Honor Flight in 2010 and talked about how the Welcome Home was so moving.

He celebrated his 100th birthday by greeting many family members, friends, and former students.

Relatives and friends may greet the family at First Reformed Church in Cedar Grove on Saturday from 9:00AM – 12:00PM noon.

A memorial fund is being established in his name for Boulder Junction Community Church and St. Jude Children’s Research Hospital.

The Moen family would like to extend a heartfelt thank you to the staff of Cedar Grove Gardens II and Preceptor Hospice for their loving care of Gordon and their family.

The Wenig Funeral Home of Oostburg (920-564-2271) is honored to serve the Moen family with arrangements. For online condolences please visit www.wenigfh.com.

To order memorial trees or send flowers to the family in memory of Gordon A. Moen, please visit our flower store.