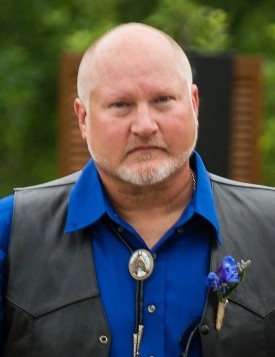 Gregory A. Brown, of Cascade, passed away Tuesday morning, October 5, 2021 at Aurora St. Luke’s Medical Center in Milwaukee. He was 59 years old.

A proud Harley Davidson owner, Greg loved riding his Harley and participating in ABATE of WI rides. He enjoyed being the “aggressor” during ROM testing at the Waukesha Fair Grounds, put on by the Doberman Club which his mother was the President of.  He also enjoyed shooting pool, playing darts, hunting, trapshooting, and above all spending time with his family and friends. Through his hobbies and spending time with him, you would know he’s a character and had a personality of his own. He joked around a lot but when he had to be serious, he was.

He is preceded in death by his father Larry Brown, step-father Joe Butterfield and Uncle Gary Fordham.

To order memorial trees or send flowers to the family in memory of Gregory Brown, please visit our flower store.