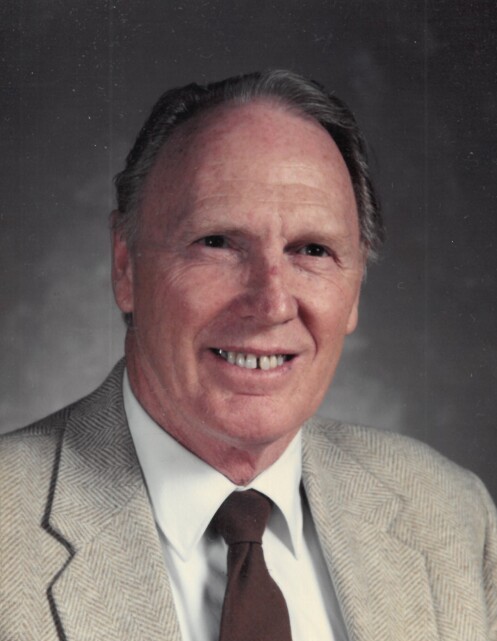 Allen was born April 22, 1925 in Detroit Lakes, MN to Edward and Myra (nee Colvin) Hanson. After graduating from high school, he proudly served his country in the United States Army Air Corp.

Allen became a Christian while a senior at Concordia College in Moorhead, MN. He served as a teacher in Moorhead. He married Esther Hanson on March 24, 1951 in MN, and the couple moved to Sheboygan in 1957 where he served as the art supervisor in the public schools until 1990. In his retirement years, he taught art and art history to home school groups of children.

Allen was in fellowship with Zion Christian Assembly in Sheboygan where he served as an elder and Bible teacher. He also worked with students through InterVarsity at the University of Wisconsin-Sheboygan, and counseled prison inmates through the Set Free ministry.

He is survived by his four children: Joel (Annette) of Eau Claire, Jessica (Kevin) Schouten of Sheboygan, Rebecca Thurman (Darryl Thurman) of Milwaukee and Dane (Mirjam) of Konigsbach-Stein, Germany. He is further survived by 22 grandchildren; 37 great-grandchildren; brother Curtis (Ev) of Spokane, WA; other relatives and friends.

He is preceded by his wife Esther, son Nathan David, great-granddaughter Ada Ramey and brothers Donald and Duane.

Allen will be laid to rest at Wildwood Cemetery beside his wife Esther, and a private family memorial service will be held.

To order memorial trees or send flowers to the family in memory of H. Allen Hanson, please visit our flower store.