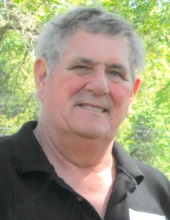 James DenBoer, 72, of Sheboygan, passed away on Thursday, March 22, 2018, at Froedtert Memorial Hospital in Milwaukee.James was born on February 25, 1946, in Sheboygan, son of Peter A. Sr. and Delia "Nok" (Dirkse) DenBoer.  He was a 1965 graduate of Oostburg High School.  On August 10, 1968, he married Jane LaTarte in Sheboygan.  James was employed as a die cast supervisor at Tecumseh Die Cast in Sheboygan Falls for 35 years until his retirement in 2001.James was a member of Hope Church in Sheboygan, where he was an active volunteer, serving as an elder, deacon, as chair of the property committee, and vice president of the consistory.  He was also on the board of directors at Pine Haven Christian Home.  James enjoyed woodworking, fishing, hunting, bird and turkey watching, yardwork, gospel music, and Sheboygan Symphony concerts.  He also enjoyed breakfasts at McDonald's with friends, doing mechanical work on small engines, Wisconsin sports teams, campfires, spending time in Crivitz, and family gatherings.James is survived by his wife of 49 years, Jane; his daughter, Laura (Christopher) McBrair of Menasha; his son, Steven (Kelly) DenBoer of Sheboygan;  four dear grandchildren, Dain and Gavin McBrair and Rebecca and Joshua DenBoer;  four sisters, Nancy Salm of Cleveland, Mary Bender of Oostburg, Johanna (Philip) Dulmes of Oostburg, and Carol (Gary) Feldman of Sheboygan Falls; two brothers, John (Judy) DenBoer of Cedar Grove and Alan (Deb) DenBoer of Oostburg; four sisters-in-law, Diane DenBoer of Oostburg, Nancy (Larry) Hilbelink of Oostburg, Gail (Greg) Grube of Howards Grove, and Debra (Mike) Smrekar of Janesville; and many nieces and nephews.James was preceded in death by his parents, his sister, Edith DenBoer, two brothers, Peter DenBoer Jr. and Gerald DenBoer, and two brothers-in-law, Francis Salm and Ralph Bender.Funeral services to celebrate James' life will be held at 1:00 pm on Wednesday, March 28, 2018, at Hope Church in Sheboygan with Rev. William TeWinkle officiating.  Relatives and friends may greet the family on Tuesday, March 27, 2018 at the Wenig Funeral Home in Oostburg from 4:00 and 8:00 pm and at the church on Wednesday from noon until the time of the service at 1:00 pm.A memorial fund has been established in James' name for Hope Church.We would also like to extend a special thank you toDr. Schleevogt, Dr. Coulis, Dr. Deshpande and Dr. Ishizawar whoprovided excellent health care and support for Jim during hiscourageous battle with chronic heart disease. Also, a specialthank you to those on staff at St. Nicholas Hospital, St. Mary'sHospital and Froedtert Hospital for their dignity and respect whilecaring for Jim.He will be dearly missed by all who knew him.For online condolences and additional information please visit www.wenigfh.com The staff of the Wenig Funeral Home of Sheboygan Falls (920-467-3431) is assisting James' family with arrangements.

To order memorial trees or send flowers to the family in memory of James DenBoer, please visit our flower store.