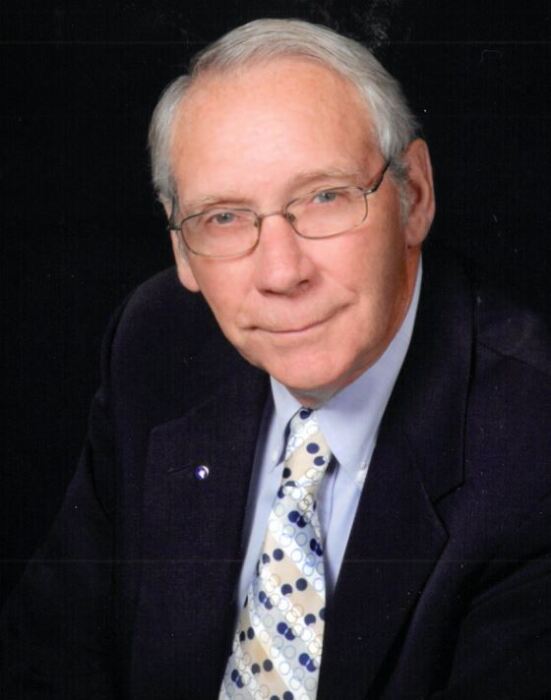 James Kerry Eberhardt, 80, of Adell, entered into eternal life with his Heavenly Father on December 22, 2021, at St. Nicholas Hospital with his family by his side.

James Eberhardt was born on November 11, 1941, to Oswald & Olga Eberhardt in Sheboygan.

Jim was baptized on December 7, 1941, the same day that Pearl Harbor was bombed, and later confirmed at St. Stephen’s Lutheran Church in Batavia. He attended Batavia Elementary School and later graduated from Plymouth High School in 1960. He attended the University of Wisconsin, Milwaukee before deciding to work for Optenburg Iron Works in Sheboygan. He later went to work for Krier Preserving in Random Lake.

In 1963, he enlisted in the U.S. Army where he worked in the Army Security Agency. He became a Morse Code Interceptor and a Teletype Interceptor, spending time in Japan and Hawaii.

After getting out of the Army in 1967, he began his apprenticeship for Yoho Plumbing in Batavia. On October 19, 1968, Jim married the love of his life, Nancy Degnitz at St. Martin UCC Filmore. They settled in Adell.

After receiving his journeyman plumbers license, he worked for Lee Realty in Sheboygan until 1978.

For the past 44 years, he has owned and operated his business, Eberhardt Plumbing & Heating, Inc. which he still worked in with his two sons, Bill and Dan, until he got sick last month.

He was an active member of many trade associations including the Sheboygan Plumbing Association and the Wisconsin Plumbing, Heating, and Cooling Association where he served as their President and had many opportunities to travel to the World Plumbing Conference in London, China, and Berlin, Germany. In 2005, he received the Contractor of the Year Award from the Wisconsin PHCC.

Jim enjoyed traveling over the years with his wife through the Golden Years Club with National Exchange Bank, making many new friends and seeing the world.

Jim was a member of Russell Mulder Legion in Adell and the Sheboygan County 40 & 8 for over 54 years.

Jim was currently serving as the President of the Adell Lions Club- always volunteering for various fundraisers, brat fry’s, art sales, and basketball fundraisers with the Harlem Ambassadors. In 2020-2021, Jim received the Melvin Jones Award from the Lions.

Jim has been a member at St. John’s UCC in Random Lake, WI for over 52 years serving on the church council, singing in the choir, volunteering where needed, and certainly always making sure the church heating worked well in winter.

Jim was an active volunteer, serving on the Adell Fire Department for over 31 years and the Adell First Responders for 10 years. He was an active member of Gideons International for over 38 years, traveling on a mission trip to Lesotho, Africa, speaking on behalf of Gideons, and attending International Conventions. Even while he was sick in the hospital, he gave the Chaplain a name and number to call for getting more Bibles. He was always faithful to God’s work-even to the end.

A funeral service to honor Jim's life will take place at St. John UCC in Random Lake on Thursday, December 30, 2021, at 11:00 am. Visitation will take place at the Wenig Funeral Home of Oostburg on Wednesday from 3:00 pm until 8:00 pm and again on Thursday at church from 10:00 am until the time of service at 11:00 am. Military honors will follow. Burial will conclude at the Woodlawn Cemetery in Plymouth after the luncheon.

A livestream will take place of the funeral service at 11:00 am on Thursday by visiting Jim's obituary page at www.wenigfh.com.

Memorial contributions can be made in his name for Gideons International, St. John’s UCC, or a charity of your choice.

To order memorial trees or send flowers to the family in memory of James Eberhardt, please visit our flower store.