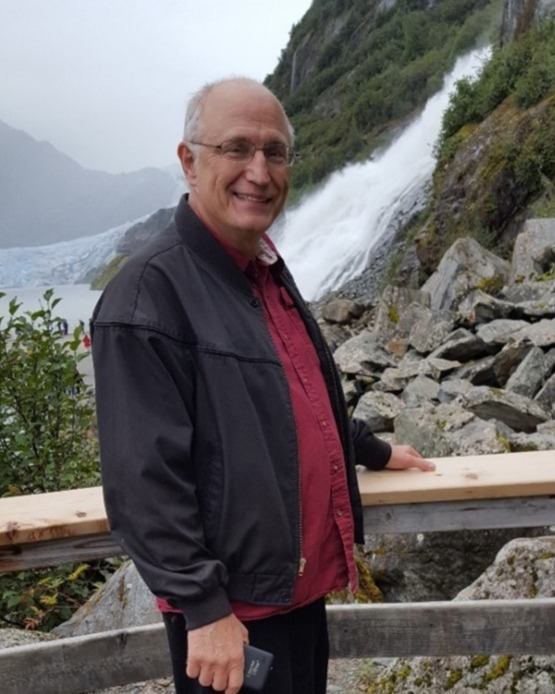 Dr. James D. Factor of Oostburg, Wisconsin, passed away on Thursday, September 22, 2022 at Aurora Medical Center—Sheboygan after a courageous battle with heart disease, which was recently compounded by a primary cardiac sarcoma. He was 72 years old.

During his working life, Jim graced both the hallowed halls of universities and those of industry. His major non-academic work was done at McDonnell Douglas (now Boeing Corp.), managing work in such areas as Data Management/Software Engineering and Enterprise Modeling Methodology. Yet, Jim’s main love was always teaching, so he taught university courses in the evenings after work to keep his skills current, and to build a network that he would later use to move from corporate work into full-time academics. In 1990, Dr. Factor started at then Lindenwood College (now Lindenwood University) as a professor of Computer Science. He built the bachelor’s program in Computer Science at Lindenwood. In addition, he developed Pre-Engineering programs with UM-Columbia, UM-Rolla, and UM-St. Louis/Washington University for students who wanted to continue in engineering after receiving their first two years of classes at Lindenwood. In 2001, Jim moved from St. Louis for the first time and started as an assistant professor of computer science at Marquette University in Milwaukee. Still striving for the best fit for his love of teaching, computer science, and mathematics, he ultimately found his way to his treasured position in the Mathematics and Computing Department at Alverno College. Here, he was able to employ his ability to bring students into the exploration process and to realize his true potential as an educator. In the words of one of his students, who later earned a PhD at Marquette University:

“Jim believed that mathematics was about understanding relationships rather than rote manipulation of symbols and he had the ability to empower students to become independent mathematical thinkers.” Further, “He was the PI (Principal Investigator) for an NSF (National Science Foundation) grant, Transforming Linear Algebra Education with GeoGebra Applets, focused on developing software tools with activities that allowed his students to experience mathematical meaning through direct interaction with visualized mathematical concepts. Jim enthusiastically spearheaded the development of the Data Science program at Alverno, designing a program to meet the needs of all majors within the college.  He created a curriculum rigorous enough to meet the demands of the professional data scientist, while at the same time open and inclusive enough to bring data science to everyone.”

In May 2021, Jim retired with his earned title of Professor Emeritus from Alverno College. We like to think that his legacy consists of the many students upon whom he has had an impact.

On April 21, 2001, he was united in marriage with Kim Sidwell, and the couple moved to Oostburg soon after. They became involved in animal rescue, and participated in that when not working at paying jobs. Jim loved being outdoors, camping, watching birds, looking at the stars, learning about new concepts and old concepts alike, and being involved with all things living. Actually, he could not even kill a fly. Flies would be captured, and then released out the door. From early on, Jim was enamored of music. As a teenager, he played the trumpet, and then moved on to the piano. It was here that Jim was able to lose himself in the cadence and beauty of big band sounds, classical, jazz, and even rock and roll. He loved to be on the ocean and to go to new places. Learning of different cultures, sled races, and even how the kitchen of a huge ocean liner was used fascinated him. This is where Jim could be carefree, involved in many things, and eat whenever he wanted. It was where he could always smile.

Jim is survived by his wife, Kim; mother, Grace Factor; children David, Matthew, and Mary; Kim’s son, Christopher and his family; brothers and sisters-in-law, Greg/Denice Factor, John/Kaye Factor; nieces/nephews and their families, adopted children, other relatives, students and friends. He was preceded in death this past May by his father, Leonard.

A Celebration of Life will be held in Festus, Missouri on November 19th, 1:00 – 4:00. Please contact the family for further information. In lieu of flowers, memorials are suggested to 1) The American Heart Association: https://www.heart.org/en/get-involved/ways-to-give; or 2) for animal lovers, to the rescue that Jim was involved in for the past 9 years: Purr-Fect Match Animal Rescue (by PayPal to purrfectmatch13@gmail.com, or send a check made out to PFM to PFM, P.O. Box 44, Kohler, WI 53044).

To order memorial trees or send flowers to the family in memory of James D. Factor, please visit our flower store.