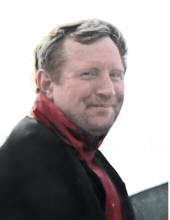 Jeffrey Alan Dulmes, 57, of Sheboygan, passed away after complications from surgery on Wednesday, February 6, 2019, at St. Vincent Hospital in Green Bay.Jeff was born on October 23, 1961, in Sheboygan to James and Phyllis (Ten Dolle) Dulmes. He was a graduate of Oostburg High School in 1980. He continued his education at University of Wisconsin of LaCrosse graduating with a bachelor's in business. Jeff worked at various places throughout the years and most currently was working at Menards in Sheboygan. He enjoyed traveling to over 26 countries, was an avid Packer and Badger fan, and was never far from a good book. He was known as "Chuck" by many of his dear friends. Jeff is survived by his mother, Phyllis Dulmes of Oostburg; sister, Julie (Kevin) Brill of Oostburg; two brothers, Brian (Anita) Dulmes of Deerbrook, Galen (Denise) Dulmes of Oostburg; four nieces, Nicole (Nic) Gilbertson, Ashley (Adam) Tycak, Jennifer (Joe) Duncan, Kaitlyn Dulmes; two nephews, James Dulmes and Benjamin Dulmes; seven great-nieces and nephews. He is further survived by special cousins, other relatives, and many friends. Jeff was preceded in death by his father, Jim Dulmes. A memorial service to celebrate Jeff's life will be held on Saturday, February 16, 2019, at 4:00 pm at Wenig Funeral Homes in Oostburg with Pastor Rick Ten Dolle officiating. Relatives and friends may greet the family at the funeral home on Saturday from 2:00 pm until the time of service at 4:00 pm. A memorial fund is being established in his name.

To order memorial trees or send flowers to the family in memory of Jeff Dulmes, please visit our flower store.