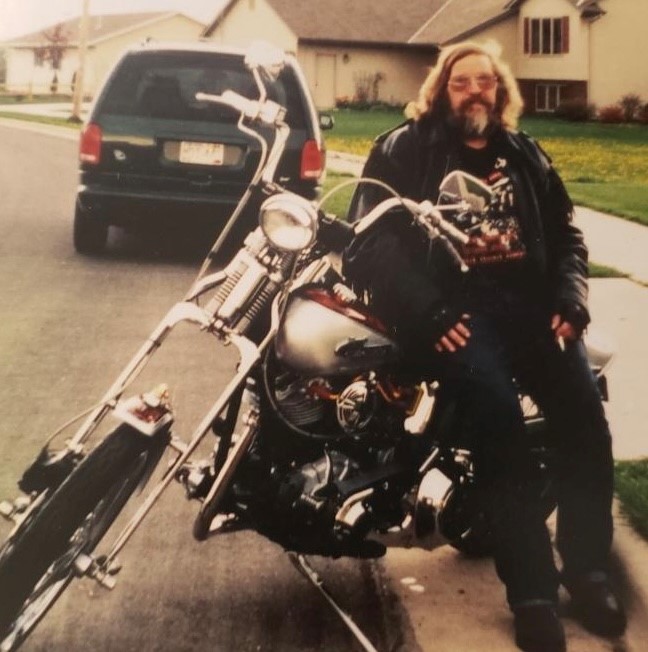 Jerry was born July 12, 1951, in Sheboygan, the son of Roland and Alice June (nee DePagter) VerVelde. He attended school in Oostburg. For over 24 years, he worked at the Willman Foundry in Cedar Grove.

Most of the community would know Jerry as the “Crazy Dutchman”, and in later years, was given the name “Jer Bear” by his favorite waitresses at Judi’s Place. He was a regular at Judi’s, and a familiar face to many in Oostburg. Jerry loved anything and everything to do with motorcycles. He was proud of his 1955 Panhead and even named her “Suzie.”

He is preceded in death by his parents, and niece Tambria Fischer.

Private family services will be held. Jerry will be laid to rest at Union Cemetery in Oostburg beside his parents.

Family encourages everyone to stop out at Judi’s Place for breakfast in remembrance of Jerry.

Jerry’s family would like to extend a special thank you to Stacie with Aurora Hospice and his neighbors for taking good care of him.

To order memorial trees or send flowers to the family in memory of Jerry VerVelde, please visit our flower store.