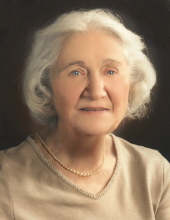 Joan Kathleen Scheppmann, of Kohler, 91, passed away on December 8, 2019 at Pine Haven Christian Community in Sheboygan Falls. Joan was born on February 7, 1928 to the late John and Alvina Battaglia in Bellville, Illinois. Joan had a full life even before she married. She worked for American Airlines in San Diego and Texas before moving to Chicago and meeting her true love, Rudy Scheppmann. They were married on January 29, 1955 at St, Jerome Church in Chicago, Illinois. Rudy preceded her in death in 1992. They lived for many years in Elmhurst, Illinois where they began raising their 7 children. They moved to Kohler Wisconsin in 1971. While in Kohler, Joan worked at Gottsacker Insurance before moving to Whitefish Bay and retiring from Marsh and McClellan in 1994. Joan worked tirelessly to provide a loving and welcoming home for her children and husband and whoever needed one. After she moved back to Kohler, she would open her home and sponsor a Kohler Company intern who would share her home for several months. Joan enjoyed spending her time with her many grandchildren and traveling. She enjoyed sewing, knitting and especially her love of gardening. While retired she volunteered for Sheboygan County Meals on Wheels for 16 years with her dear friend Donna Sanders. She also volunteered at Sheboygan County Court House and Triad of Kohler. She was an active member of St John's Catholic Church in Kohler for many years and involved in numerous quilting and knitting groups. Joan is survived by her 7 children, Stephen (Nancy) Scheppmann, Alpharatta GA, Teresa (Larry) Linssen Mountain WI, Peter (Jana) Scheppmann, Oostburg WI, Alan Scheppmann, High Point NC, Betsy Scheppman, Hatfield WI, Curt (Lisa) Scheppmann, Kohler WI, George (Lisa Zoll) Scheppmann, West Des Moines, IA, 17 grandchildren and 4 great-grandchildren as well as numerous nieces and nephews. She was preceded in death by her 3 brothers, John, David and Jim Battagllia.A visitation will take place at the Wenig Funeral Home in Oostburg on Saturday, December 14, 2019, from 11 am until 1 pm.  The family would like to extend a special thank you to the staff at Pine Haven Christian Community and Sharon Richardson Hospice for their care and compassion. Memorial contributions may be given to Meals on Wheels and Sharon S. Richardson Community Hospice in her honor. For online condolences and additional information please visit www.wenigfh.com.The Wenig Funeral Home of Oostburg (920-564-2771) is serving the Scheppmann family with arrangements.

Please click here to view the video tribute
To order memorial trees or send flowers to the family in memory of Joan Scheppmann, please visit our flower store.