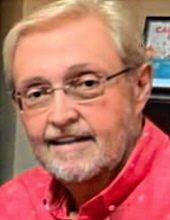 John Wade Buechler passed away on Wednesday, March 25, 2020 in San Jose, CA. John was born October 9, 1957 in Sheboygan, WI to Francis and Luella Buechler. He was the youngest of six children. He was raised on the Buechler Homestead Farm in rural Sheboygan Falls. He attended Saint George Catholic School for grades 1-5 and then transferred to Oostburg public schools. John graduated from Oostburg High School with the class of 1976. He attended college at UW Sheboygan and then finished at UW Milwaukee, graduating with a Bachelors Degree in Business Administration. John's career started with the CIA in Alexandria, Virginia and then later transferred to California. He then worked for Apple from 1986 until 1999. He then worked part time for Crate & Barrel and invested in residential real estate. He owned and managed several properties in and around San Jose, CA. John had plans to return home to remodel and restore the Buechler family farm house. John was diagnosed with MDS (Myelodysplastic Syndrome), a blood cell disorder, in 2018. He was preparing to undergo a stem cell transplant when he contracted the Coronavirus. He died at El Camino Medical Center with family members present via Zoom Technology. John is survived by three brothers, Daniel Buechler (Joyce) Fredonia, David Buechler Sheboygan Falls, Donald Buechler (Pat) Port Washington, and one sister, Rita Dickfoss (Tom) Plymouth, and brother-in-law David Klingbeil. He is also survived by 11 nieces & nephews, they are Patrick Buechler, Jennifer Schueller, Mark Buechler, Mike Buechler, Joseph Buechler, Andrew Buechler, Adeline Buechler, Chad Dickfoss, Wade Dickfoss, Carl Klingbeil, and Ashley Klingbeil as well as 14 great nieces & nephews plus numerous cousins and many friends. He was preceded in death by his parents and his sister, Rosalie Klingbeil. John's family, along with over 70 friends from around the country, participated in an online Celebration of His Life, on April 26, 2020, via Zoom Technology.A memorial Mass will take place at 11:00 am, on Friday, July 17, 2020 at Blessed Trinity Catholic Church in Sheboygan Falls, with Fr. Matthew Widder presiding. A visitation for relatives and friends will take place at the church from 9:00 am until the time of the Mass. Burial of John's ashes will follow at St. George Catholic Cemetery.For online condolences and additional information please visit www.wenigfh.com. The Wenig Funeral Home of Sheboygan Falls (920-467-3431) is serving the Buechler family with arrangements.

Please click here to view the video tribute
To order memorial trees or send flowers to the family in memory of John Buechler, please visit our flower store.