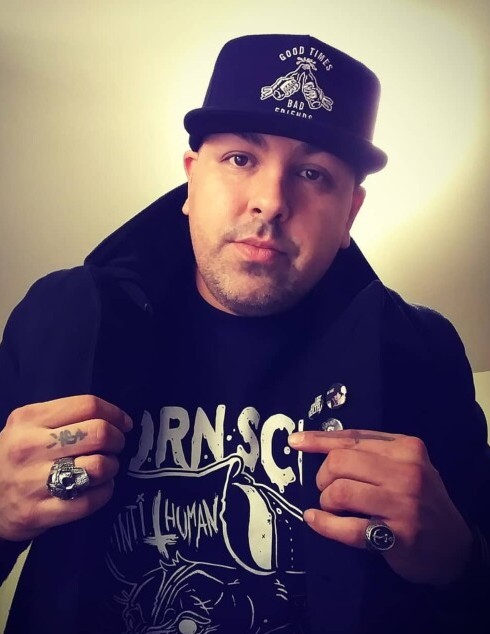 Most recently, Johnny had been working at American Excelsior as a machine operator.

Johnny’s life revolved around music. He was an avid fan of all types of music, and was his happiest when he was DJ’ing, MC’ing, break dancing and listening to his record collection. Even though private, he never shied away from being in the limelight. His family, friends and co-workers will remember him for being kind and friendly.

He is preceded in death by his mother and her husband, Cindy and Kim Badtke, grandparents Ray Rothwell and Antonio and Amelia Gamez, and uncles: Paul Rothwell, Jeff Rothwell and Anthony V “Tony” Gamez.

A Memorial Service will be held at 1:30PM on Saturday, February 5, 2022 at Wenig Funeral Home, 711 Broadway in Sheboygan Falls. The family will receive visitors at the funeral home on Saturday from 11:30AM-1:30PM.

To order memorial trees or send flowers to the family in memory of Johnny Gamez, please visit our flower store.