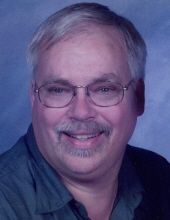 Joseph L. Ziegler, 65, of Sheboygan, died on Monday afternoon, November 2, 2020 at Sunny Ridge Health and Rehabilitation Center where he had resided for the past several years.Joe was born on February 24, 1955 in Ft Myers, Florida, the son of Gerald and Carol (Deischl) Ziegler. Joe graduated from Sheboygan Falls High School in 1973 and then attended Lakeland College. On April 11, 1977 Joe married Janet Slabe in Plymouth. Joe worked as a customer service rep for Times Printing for five years before his retirement in 2009. Previously he had worked for Kindy Optical for many years, sold cars, and held various other customer service jobs within the community.Joe was a longtime member of Immaculate Conception Parish in Sheboygan, its choir; the Knights of Columbus, Sheboygan Noon Optimist Club, and was a charter member of the Sheboygan Falls Optimist Club. He enjoyed camping, bowling, card playing and golf. Each year he bowled for the Big Brothers/Bigs Sisters benefit. He was an avid Green Bay Packer Fan.Joe is survived by his wife of 43 years, Janet of Sheboygan; one daughter, Megan Wilbert of Sheboygan one son, Nathan Ziegler of Sheboygan; a grandson, Matthew Wilbert; three brothers-in-law, John (Diane) Slabe of Elkhart Lake, Joel (Lois) Slabe of Hayward, Jerome (Marta) Slabe of Chicago; and three sisters-in-law, Jean Pease of Plymouth, Julie Van Dahm of Wisconsin Rapids and Janice Slabe of Plymouth. He is also survived by nieces, nephews, and many cousins.Joe was preceded in death by his parents, Gerald and Carol Ziegler; his parents-in-law, Vincent and Dorothy Slabe; two brothers-in-law, Jim Slabe and Bill Pease, and two nieces, Heather Slabe and Jennifer Slabe.A Mass of Christian Burial will take place at Immaculate Conception Parish on Monday, November 9, 2020, at 1 pm with the Rev. Subi Thomas officiating. Face masks and social distancing will be required in accordance with public health guidelines.Family and friends will gather at the church on Monday from 11 am from until the time of the Mass at 1 pm. Joe will be laid to rest at Immaculate Conception Cemetery in Sheboygan.For additional information and online condolences please visit www.wenigfh.com A memorial fund is being established in his name.The staff of the Wenig Funeral Home in Sheboygan Falls (920-467-3431) is serving the Ziegler family.

Please click here to view the video tribute
To order memorial trees or send flowers to the family in memory of Joseph Ziegler, please visit our flower store.