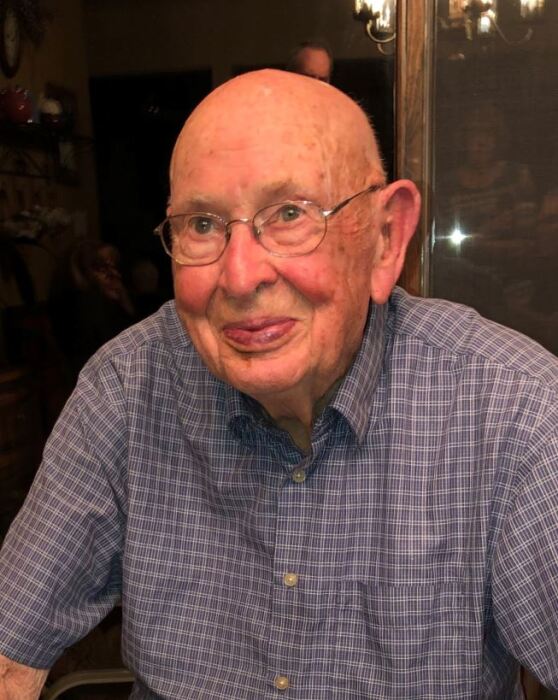 Ken was born on September 5, 1927, to Walter & Edna (Bruggink) Ten Haken. He was a graduate of Oostburg High School. On June 24, 1949, Ken married Mariam “Mary” A. Huenink in Cedar Grove. Mary proceeded Ken in death in September 1996. Ken worked a long career at Musebeck Shoe Company where he retired as Superintendent.

Ken enjoyed gardening, fishing, golfing, bowling, playing baseball in his younger years, watching the Brewers & Packers, attending family sporting events, fixing something in the garage, and getting together with his card club. Ken was an active member at his church, volunteered in leadership at the Presbyterian Cemetery, Kiwanis Club, Pine Haven Christian Communities, and many other opportunities to help serve others and his community. Ken was an easy going, kind, patient, and compassionate man and will be dearly missed and forever cherished.

All are welcome to join the livestream of the service at noon by visiting Ken’s obituary page on www.wenigfh.com .

Memorial contributions can be made in his name for First Evangelical Presbyterian Church of Cedar Grove or Pine Haven Christian Communities.

To order memorial trees or send flowers to the family in memory of Kenneth Ten Haken, please visit our flower store.