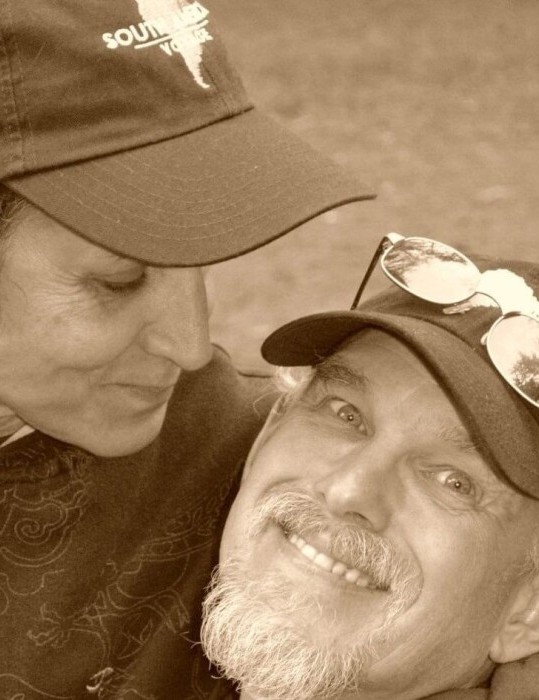 Lee was born December 26, 1958 in Milwaukee, the son of Joseph and Marian (nee Lenicheck) Pattison. He graduated from Custer High School in Milwaukee. He went on to work in the construction industry for many years.

On September 3, 1977, he was united in marriage with Angelica Becker at Terry Andrae State Park.

Lee was a member of Word of Grace Church, and former member of City Church. He enjoyed playing guitar with the praise team, serving as an usher, studying theology and participating in 3 mission trips.

Lee was a strong Christian husband, father, and grandfather, who was always available to help with life, offer advice, and build or fix anything that his family could come up with. He really enjoyed traveling, whether it be camping around the country or traveling internationally or cruising. He also cherished time spent helping with Herbs & Things, his wife’s business, and went on to receive his naturopathic doctor’s degree. He also loved watching and attending NASCAR races, watching the Packers, and brewing beer.  He enjoyed studying history and politely arguing politics, he had a love for trains, collecting unique and rare glass insulators, and had been looking forward to finishing his new shop and buying another classic Monte Carlo.

Lee is survived by his wife Angelica and their children: Zack (Angela) Pattison of  Cascade, Amber (Tony) Young of Gladys, VA and Sheena Pattison (Geoff Bub) of Cascade. He is further survived by special daughter Poppy; grandchildren: Sophia, Ian, Ronan, Jordan, Alyxis, Kyeden, Anjani and Violet; step-sister Tina (Rich) Hicks of NC; brothers-in-law Fred (Karen) Becker of TN and Dave Becker of CO; nieces, nephews, cousins, other relatives and friends. He is preceded in death by his parents and infant son Ian Pattison.

According to Lee’s wishes, a private celebration for family and friends will be held at a later date.

To order memorial trees or send flowers to the family in memory of Lee Pattison, please visit our flower store.