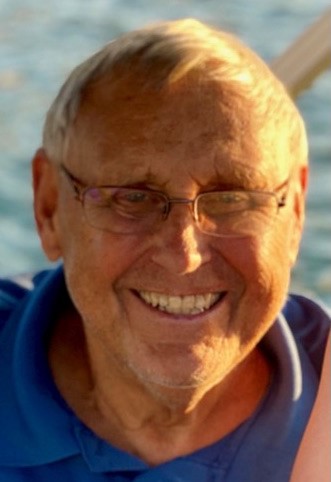 Born February 22, 1944, Leigh was baptized in Christ at St. Paul Lutheran Church, Sheboygan Falls, Wisconsin where he had been a member his entire life. Leigh died April 8, 2021.

Leigh was an avid tennis player and influenced the lives of many students while coaching high school tennis for 38 seasons. Leigh also enjoyed many other athletic activities such as biking, cross country skiing, and running. Leigh enjoyed gardening and making the world a more beautiful place in many ways. Leigh could tell a good story and was known to make a joke last longer than the best of joke tellers with a twinkle in his eyes.

Leigh retired as a Vice President of Human Resources from Aerometric after a 34 year career at Donohue and Associates/ Aerometric.

A service to honor Leigh’s life will be held at St. Paul Lutheran Church of Sheboygan Falls on Wednesday, April 14th at 11:00 am. Visitation will take place at the Wenig Funeral Home of Sheboygan Falls on Tuesday, April 13th from 4:00 - 6:00 pm and again at church on Wednesday from 10:00 until the time of service at 11:00 am.  All are welcome to join in person or watch the service via livestream on Wednesday at 11:00am by visiting www.wenig.live/LeighCherveny .

In lieu of flowers, memorials in honor of Leigh may be made to St. Paul Lutheran Church, Sheboygan County Lutheran High School, or designated for scholarships at Concordia Seminary in St. Louis, Missouri.

To order memorial trees or send flowers to the family in memory of Leigh Cherveny, please visit our flower store.