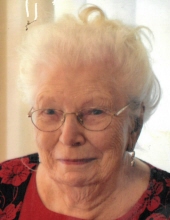 Leila S. Ziemke, 106, of Sheboygan Falls, passed away on Sunday, February 10, 2019 at Meadow View Health Services in Sheboygan.Leila was born on March 22, 1912, she was the only child of Henry and Alma (Dassow) Breher of the Ruld Dairy Farm, now the site of the Sheboygan County Airport.  She was baptized and confirmed at St. Luke's all German Lutheran Church. She attended Starlite Country Grade School and Sheboygan Falls High School. On February 1, 1940 she was united in marriage to Raymond G. Ziemke.  He passed away at the age of 39. They had one son, Kenneth, who passed away on February 22, 2002 at the age of 56. They owned and operated Standard Oil Service Station. Leila enjoyed tatting, playing piano, cooking, baking and had a love for animals. She was an avid reader and went dancing with Ray whenever there was a dance. Leila was preceded in death by her parents; her husband, Ray; son, Kenneth; and numerous cousins.Following the death of her son, Kenneth, Leila lived for 6 years with Penny Ziemke in Sheboygan Falls until entering Meadow View Health Services in 2008.A funeral service to celebrate Leila's life will be held on Friday, February 15, 2019 at the Wenig Funeral Home in Sheboygan Falls at 11 am with Rev. Tom Gudmundson officiating.  Burial will be at Sheboygan Falls Cemetery. Relatives and friends may gather at the funeral home for a time of visitation 10 am until the time of service at 11 am.In lieu of flowers donations to St. Paul's Lutheran Church in Sheboygan Falls would be appreciated.The family would like to extend a heartfelt thank you to the entire staff of Meadow View Health Services for all the care and compassion they gave to Leila over the years.For online condolences and additional information please visit www.wenigfh.com The staff of the Wenig Funeral Home of Sheboygan Falls (920-467-3431) is assisting the Ziemke family.

To order memorial trees or send flowers to the family in memory of Leila Ziemke, please visit our flower store.