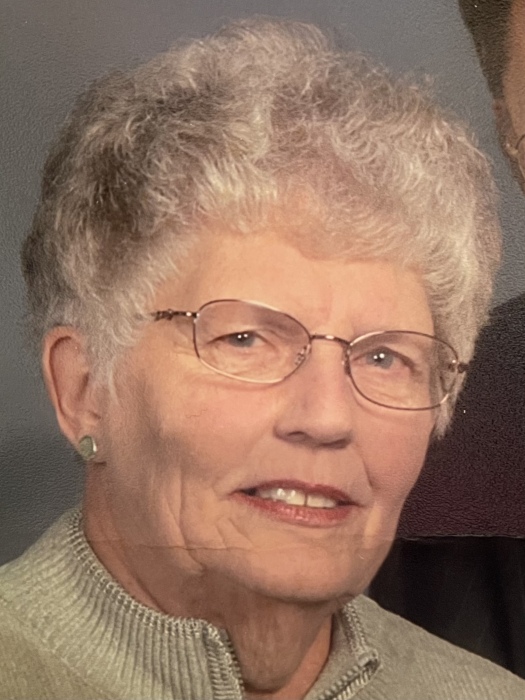 Marianne Jensema, 83, of Oostburg, went to be with her Savior on Sunday, January 16, 2022, at Cedar Grove Gardens.

Marianne was born on October 11, 1938, to Arthur and Anna (Weakamp) Meerdink in the Town of Holland. She was a 1956 graduate of Oostburg High School. On April 18, 1959, Marianne married Ronald Jensema at Bethel Orthodox Presbyterian Church in Oostburg.

Marianne was a member of Bethel Orthodox Presbyterian Church, where she was a part of the Rebekah Society. She loved attending her grandchildren’s events, cooking, and baking pies for family gatherings.

A funeral service to celebrate Marianne’s life will be held at Bethel Orthodox Presbyterian Church on Saturday, January 22, 2022, at 5:30 pm. If unable to attend all are welcome to join via livestream by visiting wenig.live/ MarianneJensema . Marianne will be laid to rest at Union Cemetery.

Family and friends may greet the family at church on Saturday, from 4:00 until the time of service.

In lieu of flowers, memorials are suggested to Bethel OPC or Oostburg Christian School.

The family would like to thank the staffs of Cedar Grove Gardens and St. Nicholas Home Health and Hospice for their compassionate care.

The Wenig Funeral Home of Oostburg (920-564-2771) is serving the Jensema family with arrangements.

To order memorial trees or send flowers to the family in memory of Marianne Jensema, please visit our flower store.