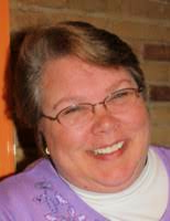 Mary Elizabeth Piehl, 54, of Sheboygan, passed away on Palm Sunday, April 14th at Sheboygan Health Services.Mary was born on Christmas Day, 1964, in Milwaukee, WI, to Bob and Joyce (Schlichting) Wutt. Her commitment and accomplishments at Lakeland College, and then in the non-profit sector at The Salvation Army and Glacial Lakes Conservancy (GLC) were well recognized. The culmination of her career was as Executive Director at GLC from 2013 through 2017! The purpose of GLC is to preserve land and water resources for future generations. Mary was a major influence in the growth of GLC, including the creation of two major properties: Amsterdam Dunes and Willow Creek Preserves. The later property protects in perpetuity 150 acres of the Schuchardt Farm, as an undeveloped publicly accessible preserve on the Sheboygan River. The Board will name the lead trail in this exciting area in Mary's name!Mary fell in love with Bob Piehl, who retired as a highly decorated U.S. Army veteran, with over 350 parachute jumps under his belt. They were married on April 28, 1990 in Hutchinson, MN, and moved to Sheboygan in 1993 to raise their family. We just lost Bob last May, after his multi-year fight with cancer.Mary graduated from Lakeland College in 1997 with a BA in writing, summa cum laude. She was also pursuing her Masters in Theology.Mary was a member of Immanuel Lutheran Church in Sheboygan, and recently "returned home" to St. Peter Episcopal Church, where her family has worshipped for generations.Mary had a quick wit, determined personality, and caring disposition. She was loved by many. She loved spending time with her family and adored her children and grandchildren.Mary is survived by her two sons, James (Shandi) Blum and Joel Piehl, both of Sheboygan; five grandchildren, Brook (her mom, Stevie McKenna), Noah, James, Chloe and Vincent; mother, Joyce Dawson of Boca Raton, FL; aunt, Joan Koltes, of Boca Raton, FL; brother, Mark Wutt of Indianapolis, IN; nieces, Alexa and Mackenzie Wutt; nephews, Nicholas and Austin Wutt; sister-in laws, Patricia (Robert) Waldner of Riverdale, IA, JoAnn Bezore of Henderson, NV, Cindy (Clint) Christensen of Hutchinson, MN, Linda (Terry) Schmidt of Bettendorf, IA, Pam (Steve) Forcier of Buffalo Lake, MN and Jane (Paul) Shang of Greenwich, CT; brother-in-laws, Kim Piehl of Eagen, MN, David Piehl of Long Grove, IA, and Paul (Amy) Dawson of Needham, MA. She is further survived by other relatives, including her cousins (Jennifer Wutt and Jennifer DePari) and dear friends.Mary was preceded in death by her father, Robert Wutt, and her husband, Robert Piehl.A funeral service to celebrate Mary's life will be held on Monday, April 22 at 11am at St. Peter's Episcopal Church, 104 Elm St, Sheboygan Falls, WI 53085. Burial will follow at Sheboygan Falls Cemetery. Relatives and friends may greet the family before the service from 9am - 10:30am at the Wenig Funeral Home in Sheboygan Falls. In lieu of flowers, memorial contributions can be made in her memory to Glacial Lakes Conservancy (529 Ontario Ave, Sheboygan, WI 53081) and/or Lakeland College (W3718 South DrivePlymouth, WI 53073-4878) and/or St. Peter's Episcopal Church (104 Elm Street, Sheboygan Falls, WI 53085).

To order memorial trees or send flowers to the family in memory of Mary Piehl, please visit our flower store.