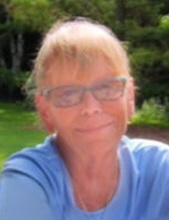 Nancy Ann Winkel, 69, of Sheboygan Falls, passed away on Wednesday, November 20, 2019.Nancy was born on January 7, 1950, in Sheboygan, WI to Oscar and Betty (Hoffmann) Zahn. She graduated from Sheboygan South High School with the class of 1968. On August 3, 1983, Nancy married Tommy Erwin Winkel in Rapid City, SD. Nancy was employed at Lakeland Manufacturing, followed by Nemschoff Chairs, for many years as a sewer and fabric cutter until she gave up work to be a full-time babysitter for various family members. Later, she worked at the Deli at Piggly Wiggly until she and her husband retired together in 2013.Nancy and Tommy were founding members of the Sheboygan Falls Ducktona 500 Car Show, which they ran for the first twelve years. Nancy played a key role in making it what it is today. She and Tommy showed vehicles every year. She was incredibly gifted, finishing numerous show car interiors, many of which were award-winning. Nancy also enjoyed pitching in softball leagues and participating in bowling leagues. Other hobbies include arts and crafts, cross stitching, needlepoint, sewing, painting, and dancing to 50's and 60's music. Nancy had a great love of birds; she found joy in watching and collecting birds, and even had several pet birds over the years. Lately, she enjoyed long car rides with Tommy, enjoying the beautiful scenery. More than anything, Nancy loved to spend time with her family. Nancy is survived by her husband, Tommy; two sons, Michael Adleman and Jason (Angelet) Winkel; four grandchildren, Grant, Derrick, Tyler and Sofia; four sisters, Debbie (Al) Goetsch, Donna (Jim) Bradford, Gale (Roger) Hutchison and Tammy (Bob) McKinney; aunt, Kay Wienserski; and numerous nieces and nephews.Nancy was preceded in death by parents, her Oscar and Betty; daughter, Lori Adleman; brother, Kenneth Zahn; and sister, Lynn Zahn; A funeral service to celebrate Nancy's life will be held on Saturday, November 23, at 12:30 pm at Wenig Funeral Homes - Sheboygan Falls. A burial will take place at Greenlawn Memorial Park.Relatives and friends may greet the family at Wenig Funeral Homes - Sheboygan Falls on Saturday, November 23, 2019 from 11:00 am until the time of service at 12:30 pm. A memorial fund is being established in Nancy's name.For online condolences and additional information please visit www.wenigfh.com. The Wenig Funeral Home of Sheboygan Falls (920-467-3431) is serving the Winkel family with arrangements.

To order memorial trees or send flowers to the family in memory of Nancy Winkel, please visit our flower store.