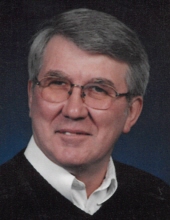 Richard "Dick" Otto, 81, of Sheboygan Falls, passed away on Saturday, January 18, 2020, at Sharon S. Richardson Community Hospice.Dick was born on November 1, 1938, in Sheboygan Falls, WI, to Adolph and Olga (Radtke) Otto. His parents passed away when he was very young. He and his three older brothers were raised on a small farm in Sheboygan Falls by his elderly grandmother, Emilie Radtke. Dick's grandmother was able to see him graduate from the University of Wisconsin - Madison on June 6, 1960 with a Bachelor of Arts in Business Administration. After graduation he worked as an accountant for Great Lakes Homes in Sheboygan Falls from 1960 to 1962. From 1962 to 1964 he was drafted and served as a Classified Document Courier for the United States Continental Army Command at Fort Monroe, VA. He returned to Sheboygan Falls and went to work for Borden, Inc. at the Plymouth location, working in various financial positions. He obtained the position of Controller and served in that position for eight years prior to his retirement in May, 2002. On December 16, 1967, Dick married Ione (Arbuckle) Techel (widow of Gary Techel), mother of four children: Karen, Lori, John and Donna, whom he raised as his own. Later they added twin daughters, Sherry and Shelly. He loved all of his children dearly. As a longtime member of St. Paul Lutheran Church, he enjoyed serving in various capacitites, including President and Sunday School Teacher. In recent years, he greatly enjoyed and benefitted from The Gathering Place and Memory Matters programs.He also served as President of the Sheboygan Falls School Board. Some of Dick's favorite pastimes included fishing, golfing, puzzling, crosswords and cribbage. He took great pride in caring for his yard.Dick is survived by his wife, Ione; six children, Karen (Russell Wren) Techel, Lori (Tony) Smith, John (Barb) Techel, Donna Pruett, Sherry (Scott) Koenigs, Shelly (Brad) Johnson; four grandchildren, Benjamin Johnson, Holly Johnson, Megan Koenigs, and Jenna Koenigs; four sisters-in-law, Doris Otto, Eileen (Robert) Metze, Janice Arbuckle, and Kathy Arbuckle; several nieces and nephews; and many friends.Dick was preceded in death by his parents, Adolph and Olga; grandmother, Emilie; other grandparents; three brothers, Ed (Phyllis, Gloria) Otto, Art (Lois) Otto, Ted Otto; an infant brother and sister; son-in-law, Tim Pruett; two sisters-in-law, Betty (Alfred) DeMarce and Marion Kuehl; three brothers-in-law, Ward Arbuckle, Willard Arbuckle and Gilbert Arbuckle; and other family members and friends.A memorial service to celebrate Dick's life will be held on Friday, January 24, 2020, at 5:00 pm at St. Paul Lutheran Church in Sheboygan Falls with Rev. Kyle Backhaus officiating. An inurnment will take place at Greenlawn Memorial Park.Relatives and friends may greet the family at St. Paul Lutheran Church in Sheboygan Falls on Friday, January 24, 2020 from 2:00 pm until the time of service at 5:00 pm. In lieu of flowers, a memorial fund is being established in his name for The Gathering Place, Memory Matters or Sharon S. Richardson Community Hospice.Dick's family would like to offer special thanks to the doctors and staff at Aurora Memorial Hospital ER and the staff at Sharon S. Richardson Community Hospice for their compassionate care."He that endureth to the end, the same shall be saved" - Matthew 24:13For online condolences and additional information please visit www.wenigfh.com. The Wenig Funeral Home of Sheboygan Falls (920-467-3431) is serving the Otto family with arrangements.

Please click here to view the video tribute
To order memorial trees or send flowers to the family in memory of Richard Otto, please visit our flower store.