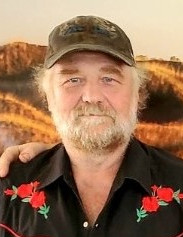 Robert D. "Red" Hanson, who turned 30 for the 35th time earlier this month, passed away unexpectedly on Tuesday, June 14, 2022 at Kohler Company.

Robert was born June 3, 1958 in Sheboygan, the eldest son of DonnelLee and Patricia (nee Federer) Hanson. He "grew up" in Sheboygan with three younger brothers, and attended Sheboygan South High School.

On May 27, 1977, Rob was united in marriage with Carol Greathouse in Sheboygan. This year was their 45th anniversary. The two made their home in Sheboygan where they raised their daughters, Amanda and Sara.

In May of 1978, Red began a 44-year career at Kohler Company where he currently worked in Die Cast. He took great pride in his work and genuinely enjoyed what he did. Legend has it no other employee put in more overtime or picked up as many extra shifts in the company's 150-year history. He was a member of the Quarter Century Club as well as the UAW Local #833.

Red was loved by everyone; he was a genuine, kind-hearted, generous and humorous friend who you couldn’t say a bad thing about. He was there to help before you could even ask, and would do anything right up to giving you the shirt off his back, or his duct taped shoes, or whatever was left of his hat. Red was quick to help with any project -- trimming trees, indoor plumbing, and more -- even if he left his own projects undone for years (did the bathroom ever get finished?). Some have speculated that the Red Green character was based on Red Hanson.

He was the family genealogist with a deep love and knowledge of where he came from, and was there with a camcorder at every family gathering. He looked forward to his trips up north to Ontonagon and yearly pilgrimage to Montana or northern Wisconsin to hunt with family and friends. Red never tired of re-watching John Wayne and his annual Hallmark Christmas movies, and looked forward to his next bottomless salad. He enjoyed traveling, collecting scrap metal, and spending time with his granddaughters, who could not have loved "Opa" more. His laugh was infectious, his generosity unwavering and his dedication admirable.

A Celebration of Red’s Life will be held from 1:00-5:00PM on Tuesday, June 21, 2022 at Wenig Funeral Home in Sheboygan Falls. He will be laid to rest at Holy Cross Cemetery in Sheboygan.

In lieu of flowers, memorials are suggested to the N.E.W. Zoological Society, Inc. or Whitetails Unlimited, Inc.

To order memorial trees or send flowers to the family in memory of Robert Hanson, please visit our flower store.