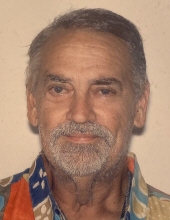 With sorrow in our hearts we announce Bob passed away on Saturday, October 5, 2019. Those who knew him will remember his character as being full of Love, Laughter, Motivation, Forgiveness, Understanding, and Charity. He would help the less fortunate and never judged in the process. Bob was a Real Estate Developer at heart, but developed much more than properties. He developed lasting relationships with his tenants and carpenters. After business hours, he kept right on developing. Only his focus was on developing relationships with the people of those communities. Bob was raised in Waukesha.  His journey took him to Denver, Colorado. In 2017 he made his way back to Wisconsin and settled in Sheboygan Falls. In just two short years he made an impact that will last for the rest of our lives. Those who had the pleasure to know Bob will miss him dearly. He is preceded in death by his parents Irving Chris Singer (father) and Lorraine Helen Singer (mother). He is survived by sisters Carol Singer (Mike Yanikowski) of New Berlin, WI and Diane Singer (David Dunaway) of Ft. Collins, CO.  He is further survived by countless friends and relatives from Denver to Wisconsin. A memorial service to celebrate Robert's life will be held at 4:00 pm on Monday, October 21, 2019, at the Wenig Funeral Home in Sheboygan Falls with Rev. Kyle Backhaus officiating.  Family and friends may gather at the funeral home at 3:30 until the time of the service at 4:00 pm. A memorial fund has been established in Robert's name. For online condolences and additional information please visit www.wenigfh.com <http://www.wenigfh.com>The staff of the Wenig Funeral Home of Sheboygan Falls (920-467-3431) is assisting Robert's family with arrangements.

To order memorial trees or send flowers to the family in memory of Robert Singer, please visit our flower store.