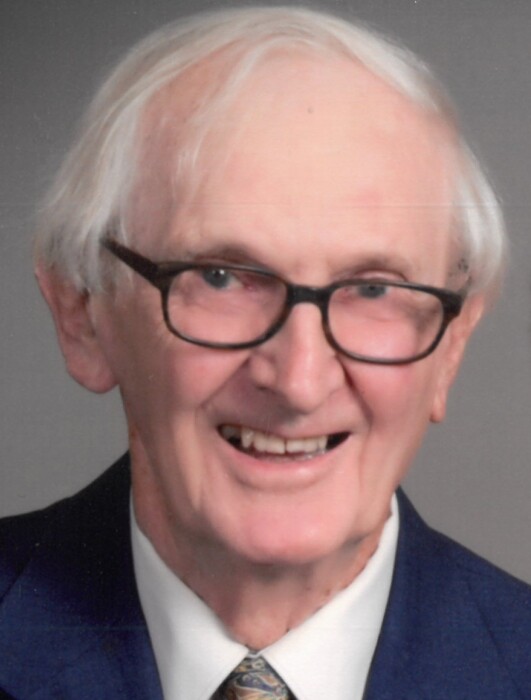 Bob was born on August 20, 1927 to William and Anna (Dirkse) Ten Pas. He attended Oostburg Grade School and Oostburg High School, graduating in 1946. During high school, he worked for John Van Driest in the chicken hatchery and pitched peas in the fields for the canning factory. After Bob received his driver’s license, he drove for Stokdyk Truck Lines hauling peas from the field. Following high school graduation, Bob enlisted in the Army for two years, spending one year in Korea. Following his discharge, he worked for Oostburg Concrete Products for a time before going to work for Panzer Lumber Company. From there Bob went to Richardson Furniture Company until he retired in 1990 after 30 years. In their retirement years, Bob and Katie spent several winters on Marco Island in Florida, visiting Brent in Arizona, and he also worked for his daughter, Sue at the Village Shoe Service.

He was united in marriage to Katherine Van Stelle on May 7, 1948 at her parent’s home in Sheboygan. Bob was a lifelong member of First Christian Reformed Church in Oostburg, where he served as elder, deacon, Sunday school teacher, and friendship club teacher. He also volunteered at the Salvation Army Free Clinic. Bob enjoyed being a part of CRWRC disaster relief. He worked in 14 different states, had many interesting experiences, and met many people at these work sites. In 1996, Bob went to Honduras and worked with World Mission and Tom Sorens in building a church. He also worked for the Luke Society building cabinets for a hospital in Honduras which was one of the high points of his life. Bob enjoyed traveling, genealogy, reading, crafting, biking, and making American doll furniture.

A funeral service for Bob will be held at First Christian Reformed Church on Tuesday, July 27, 2021, at 11:00 am with Rev. Drew Zylstra officiating. Burial will take place at Hartman Cemetery.

Relatives and friends may greet the family at Wenig Funeral Home in Oostburg on Monday, from 5:00 until 7:00 pm and again at church from 10:00 am until the time of service at 11:00 am.

Memorial donations can be made in Robert's name to Sharon S. Richardson Community Hospice and World Renew, formerly known as CRWRC.

The staff of Wenig Funeral Home in Oostburg is assisting the family.

To order memorial trees or send flowers to the family in memory of Robert "Bob" Ten Pas, please visit our flower store.