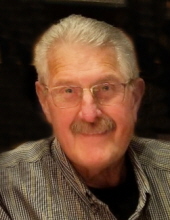 Roger Robert Schultz, 78, of Elkhart Lake, passed away on Tuesday, June 25, 2019, at his home.Roger was born on April 20, 1941, in Milwaukee, son of Robert and Elizabeth (Suess) Schultz.  He was a 1959 graduate of Custer High School.  On December 16, 1961, he married Karen Verhaalen in Milwaukee.  Roger was employed as a truck driver for Schultz-Sav-O for 27 years until his retirement in 2003.  He was also golf superintendent for Pine Hills Country Club from 1966-1976.Roger was a member of Christian Life Church in Plymouth where he served as deacon.  He enjoyed attending auto auctions, traveling, raising llamas, and motorcycles.  Roger was an avid Packer and NASCAR fan, and enjoyed spending time with his dog, Eleanor. Most of all, he cherished the time he could spend with his family.Roger is survived by his wife of 57 years, Karen; his children, David Schultz of Glenbeulah, Tracy (David) Suemnicht of Elkhart Lake, and Brian (Carla) Schultz of Rosemount, MN; eight grandchildren, Keena Schultz, Jacob Schultz, Ryan Suemnicht, Alex (fiancé Emily) Suemnicht, Rebecca Schultz, Rachel Schultz, Sarah Schultz, and Andrew Schultz; one brother, Larry (Nancy) Schultz of Cedarburg; and brother-in-law, Ronald (Joann) Verhaalen of San Marcos, TX.Roger was preceded in death by his parents, parents-in-law, Lester and Edna Verhaalen, and brother, Marv Schultz.A funeral service to celebrate Roger's life will be held at 11:00 am on Saturday, June 29, 2019, at Christian Life Church in Plymouth with Rev. Richard York officiating.  Relatives and friends may gather at the church from 8:30 am until the time of the service at 11:00 am.A memorial fund has been established in Roger's name for Safe House and Christian Life Church.The family would like to extend their heartfelt appreciation to Drs. Coulis, Bettag, Zurich, the staff of St. Nicholas Hospital, and the countless many other people for the loving care given to Roger and his family.For online condolences and additional information please visit www.wenigfh.com The staff of the Wenig Funeral Home of Sheboygan Falls (920-467-3431) is assisting Roger's family with arrangements.

To order memorial trees or send flowers to the family in memory of Roger Schultz, please visit our flower store.