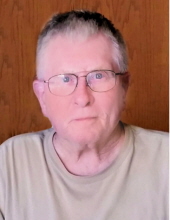 Ronald W. Bruggink 78, of Oostburg WI, passed away July 11th at St. Nicholas Hospital.Ron was born on March 19th, 1941 to William and Ethel Bruggink. He graduated from Cedar Grove high school, class of 1959. He married Marjorie Claerbaut in 1961, they were married for 58 years. He worked for Schreurs & Voskuil Drywall before starting his own business, Quality Drywall. Later, he joined the Carpenters Local, working for Quasius, Jos Schmitt & Sons, and C.D. Smith. In 1995, he retired due to health issues.He enjoyed deer hunting, yearly fishing trips with his family to Canada, playing sheepshead, feeding the birds in his backyard, and having coffee with "the guys" at McDonald's.He is survived by 5 children and 9 grandchildren. Memorial contributions will be donated to his favorite charity, Sheboygan County Cancer Care Fund.A visitation will take place on Tuesday, July 16, 2019, from 3:30 pm until 7:30 pm at the Wenig Funeral Home of Oostburg. Private inurnment will take place at Union Cemetery. For online condolences and additional information please visit www.wenigfh.com. The Wenig Funeral Home of Oostburg (920-564-2771) is serving the Bruggink family with arrangements.

To order memorial trees or send flowers to the family in memory of Ronald Bruggink, please visit our flower store.