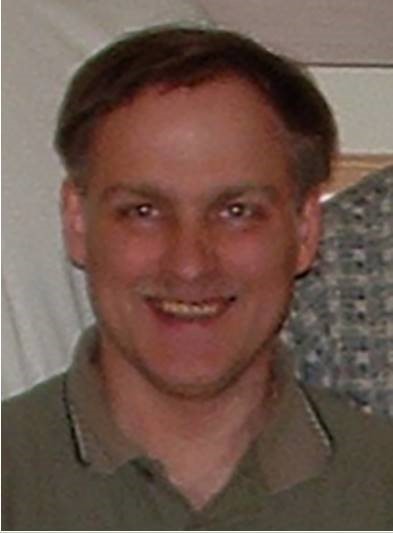 Scott was born December 10, 1963 in Darby, Pennsylvania, the son of John and Mary Lou (nee Salter) Kildea. Growing up in a military family, he graduated from Augsburg High School in Germany in 1982.  He had a variety of jobs in hospitality and worked as a janitor for Sheboygan area schools for 10 years.  Scott was an avid Star Trek fan, enjoyed watching hockey and movies, bowling, and doing puzzles.  His even-tempered nature and subtle humor were among his greatest traits.

Scott is survived by his father John (Claudia) Kildea of Boynton Beach, FL, brother Timothy (Melissa) Kildea of Oostburg, and two sisters Kathy (Ray) Markegard of Chandler, AZ and Tracey (Toby) Neevel of Sheboygan.  He is further survived by aunts: Pat Salter of Sheboygan, who was like a second mother to him, Kay Grauman and Dorothy Schueffner, both of Sheboygan Falls, and Marie Thomas of Pennsylvania; 7 nieces and nephews: Nicholas Markegard, Kimberly Markegard, Lexie Neevel, Spencer Neevel, Taylor (Morgan) Kildea, Maranda (Kyle) Rentmeester, Collin Kildea; and other relatives and friends.

A private family graveside service will be held at St. Mary’s Cemetery in Sheboygan Falls.

To order memorial trees or send flowers to the family in memory of Scott Kildea, please visit our flower store.