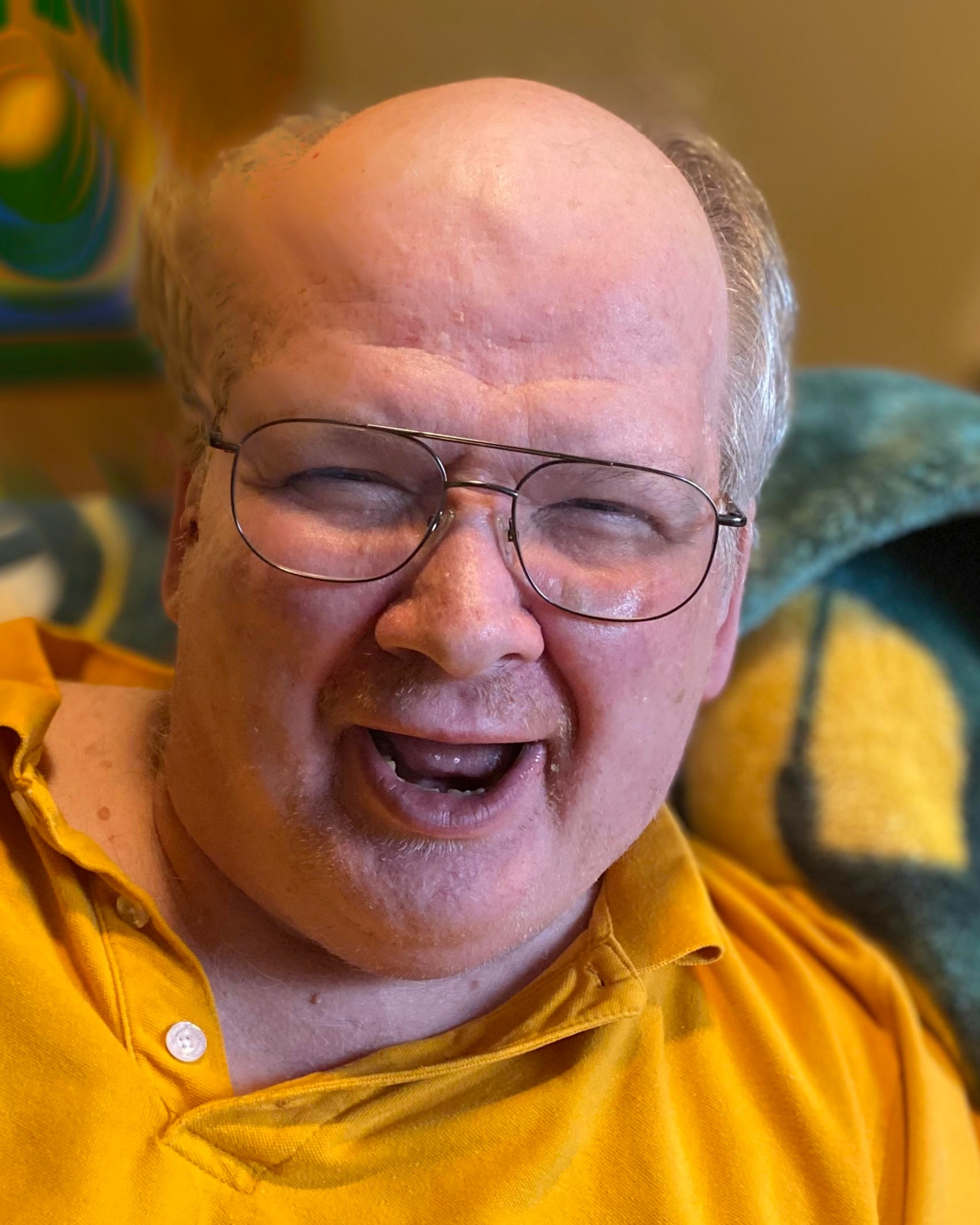 Scott Weygandt, of Sheboygan Falls, died peacefully on Tuesday, November 8, 2022, while residing at The Haven Campus of Pine Haven Ministries in Falls.

Scott graduated from Lightfoot School in Sheboygan Falls, in 1976.  His family fondly remembers a favorite teacher, Tom O’Brien, who engaged with and encouraged Scott’s educational development, promoting Scott’s placement in full-time work. “Mr. O’Brien” was one of many in the local community who saw past Scott’s special needs, embracing his special gifts.

Scott won awards for his reliability on the job with Bemis Manufacturing, working the night shift for 37 years, and making many friends along the way. In recent years while dining out with family, other restaurant patrons frequently approached him with exuberant greetings of “Hey, Scottie!”

Scott was a longtime, faithful member of the First Reformed Church in Sheboygan Falls. He was also a faithful fan of Wisconsin sports: the Packers, Badgers, Brewers, and Bucks. He loved supporting the (high school) Falls Falcons, either with his dad, or on his own. Scott was often seen walking through Sheboygan Falls: to and from his work, his apartment, and his parents’ home. He enjoyed supporting local businesses, happy as long as he had a $20 dollar bill in his wallet! Scott had an enormous, generous heart. Many Falls residents have been touched by his irrepressible smile and earnest demeanor. Perhaps Scott’s dominant trait was his teasing, sometimes “relocating” office supplies of the Pine Haven staff, and always nicknaming those endeared to him. “Buster,” “Shorty,” and “Bucko” were favorites. His mission in life was clear: to make us smile or laugh.

Scott was an avid photographer, trying to keep up with his dad and siblings on family outings. Traditional photographic values like focus, clarity, and subject were not critical to Scott’s photos. His assorted pictures of backs, chopped-off necks, and accidental “Dutch angles” brought joy to many. Scott loved to nurture plants in his Pine Haven room. He was an international traveler, including adventures in England, Paris, and Italy with his parents. Trains fascinated Scott. As a boy, he daily rode his bicycle to watch train cars being switched.

A memorial service to celebrate Scott’s life, officiated by the Rev. Brad Veenendaal, will take place at the First Reformed Church in Sheboygan Falls at 12 noon on Wednesday, November 30, 2022. Family and friends will visit together at the church prior to the memorial service, from 10 a.m. until the time of the service. A lunch reception at the church will be held following the service. A private inurnment will take place at Sheboygan Falls Cemetery.

A memorial fund is being established in Scott’s memory for the Sharon S. Richardson Hospice.

The Weygandt family conveys their heartfelt appreciation to the staffs of Pine Haven (both Haven Drive and Giddings Avenue campuses) and the Sharon S. Richardson Community Hospice. The family is especially grateful to Michelle Hemb for her loving and dedicated care shown to Scott.

The staff of the Wenig Funeral Homes (920-467-3431) is assisting the Weygandt family with arrangements.

To order memorial trees or send flowers to the family in memory of Scott Weygandt, please visit our flower store.